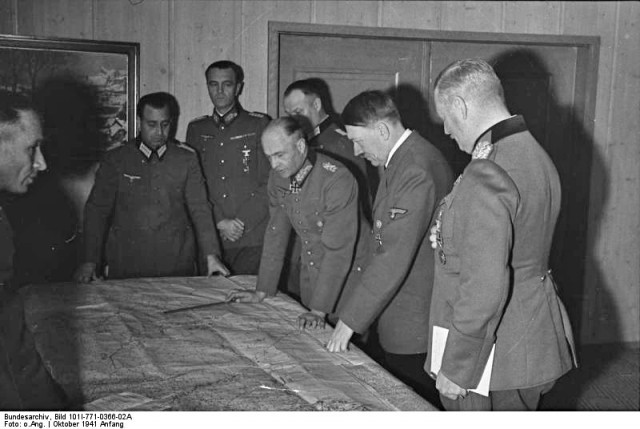 Researchers have uncovered new transcript of one of Hitler’s rants towards his top officers.

The transcript was written down in 1942 and was discovered in the archives of the Russian Defense Ministry. It shows a meeting between Hitler and his Nazi leadership during a meeting that took place in Vinnitsa, Ukraine, as the Nazis continued to try and push eastwards.

Hitler became angry with five of his top generals, as the Nazis were struggling to gain ground. Hitler blamed any failure on the generals and called them incompetent. The footage is interesting because for the first time the film suggests that there was growing unrest in the Nazi leadership a lot earlier than previously thought.

In the film, Hitler calls his generals complete failures as the Nazis were around a year after they invaded the Soviet Union and had come under fierce resistance from the Soviet troops.

The 2004 movie, Downfall, re-enacted the meltdown Hitler is known to have had, but that was much later in the war, near the end, when he was virtually imprisoned in his central Berlin bunker.

The original 1942 transcript tells of Hitler being very angry and shouting at Field Marshall Wilhelm Keitel and Colonel-General Franz Halder. Researchers believe the find is extraordinary and are excited to have access to such information. 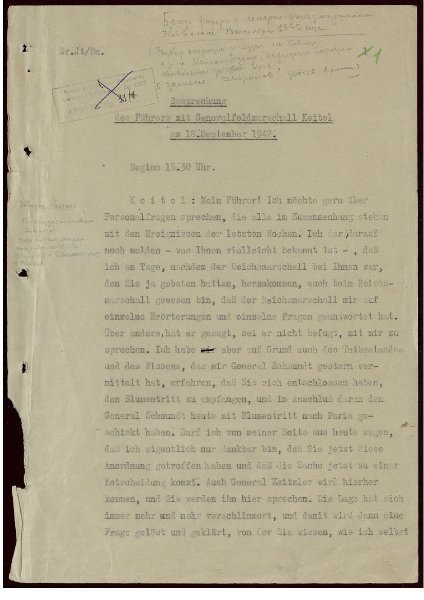 The meeting was almost an hour and a half long and Hitler made clear his feelings. He believed Keitel, who was head of German high command, was a lackey, because he wouldn’t stand up to his officers.

Others of Hitler’s generals, such as Halder and army chief of staff Alfred Jodl tried to stand up to Hitler and said he was being too mean. But they were derided for their comments.

Keitel survived the war, and was charged and found guilty of war crimes during the Nuremberg trials and was hanged for his crimes.

In public Hitler treated his leadership with respect and honour, but in private he would act as if they were worthless. Hitler believed the entire war was down to his leadership because he couldn’t rely on his generals, the Mail Online reports.

Hitler had expected a swift and successful campaign in the Soviet Union, but after a year into his eastern front the Nazi efforts were waning, as Soviet troops began to push the Germans back across its borders.