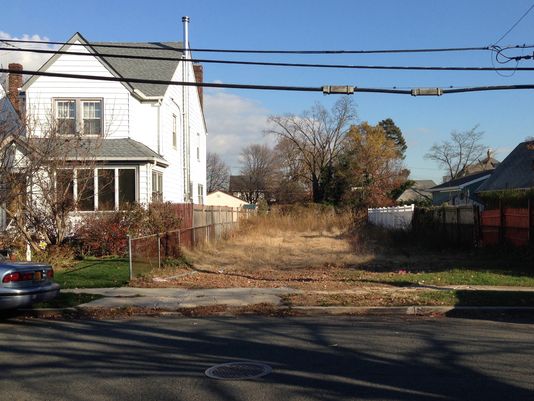 Imagine how you might feel if, having just spent six months in hospital following surgery you finally returned home, only to find that it was no longer there.

That is exactly what happened to sixty-nine-year-old US Navy veteran Phillip Williams, a Long Island resident who had travelled to Fort Lauderdale, Florida for knee replacement surgery. There were complications; an infection set in, and Phillip’s hospital stay lasted far longer than expected.

After what must have been a painful and stressful recovery, Williams finally returned home – no doubt looking forward to resuming his life – only to discover a vacant plot of land where his house had once stood. Phillip had lived in the same house all his life, it was full of memories, to say nothing of the personal items that mean so much to him. Amongst the belongings that had vanished with the house were his wife’s engagement ring, and irreplaceable family photographs.

The house had been bulldozed to the ground by order of Hempstead town officials. Situated in the North-West corner of Nassau County, the town has a population of around three-quarters of a million, and can boast that it has the most popular beach on the east coast of America. Hempstead was founded in 1644 and was named after Hemel Hempstead, a Hertfordshire, England town.

In Phillip’s absence residents had reportedly complained to town officials that his house was in a dilapidated state, and was lowering the tone of the neighbourhood.

The normal procedure in these circumstances is for the authorities to contact the householder and request that the necessary repairs are made. If they get no response they post notices on the house, and attempt to contact the owner via the banks. Officials say that all these procedures were followed, and several letters were delivered to the house before they finally held a public hearing on the intended demolition of that they believed was an abandoned home.

Phillip Williams says he was not contacted in any way, and he insists that all relevant house taxes were paid up to date. He says the town has robbed him of his home and his possessions, and he wants to be compensated.

He has initiated a lawsuit – claiming that the town acted illegally and that officials have refused to supply him with copies of the documents relating to his home, or details of the demolition contractor involved.