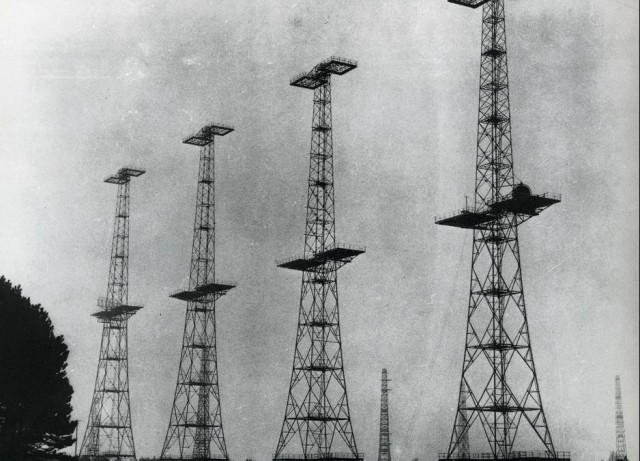 There are a number of important events from 1940 that are being commemorated 75 years later in 2015. One is the famous evacuation of British and other Allied soldiers from the beaches at Dunkirk. Another is a mission that took place that year, which might have saved the entire world from domination by the Nazis had they first succeeded in defeating Great Britain.

It was the “Tizard Mission”, and though it was a crucial event, it was for a long time little known or celebrated.

In September of 1939, Britain had reacted to Germany’s invasion of Poland by declaring war on the aggressor. However, the first nine months of the Second World War had not substantially affected the British people or territory. Civil defences were set up or strengthened, the government and armed services stepped up their planning effort, and the country moved on to a war footing.

This period was often referred to as the “phoney war” because, while technically at war, life in Britain largely remained unaltered. During this time, the British Expeditionary Force was sent across the Channel to contribute to the continental effort to resist the Nazi war machine’s westward march through the Low Countries and into France.

However, the strength and speed of Germany’s advance proved irresistible and resulted in the rout of the BEF, and chaos as 338,000 British and other Allied men were forced back to the beaches of Dunkirk, from where a massive and heroic evacuation back to British shores was hastily carried out.

The prime minister, Winston Churchill, used the occasion of Dunkirk to rally the British fighting spirit in a defiant address in Parliament on 4th June 1940, and in a series of speeches on the radio. However, behind the defiance and the brave pledges never to surrender to the Nazis, the British government’s fear of a German invasion was now running high.

As a result of contingency planning and within three months of Dunkirk, Churchill had secretly put in place a plan to deliver cargo to the USA containing many of Britain’s most treasured and confidential military inventions. Some of these were still on the drawing boards, others existed as testable prototypes and yet others were almost ready to roll out.

Among the inventions were the first jet aircraft engine and details for developing a working atom bomb. A USA war-time government official, James Baxter, would later say that the cargo was the most important ever received on American shores.

The rationale behind this gift would be threefold. It would ensure that these secrets would not fall into the hands of the Nazis if they succeeded in crossing the Channel. It would allow the British and Americans to collaborate on completion of the designing, building and testing of some important weapons and defence systems. And it might encourage the USA to make a commitment to the Allied cause and join the fight against the Nazis.

The USA was at that time neutral, wavering over the best course of action and involved in a heated discussion over its stance in the Second World War. In the end it would be the Japanese attack on Pearl Harbor, more than two years into the War, in December 1941, that would finally bring the USA into the Allied side.

The operation to transfer secrets involved some trusted RAF men working on weapons research. The chief force behind the entire mission was Henry Tizard. He played such a central role that the endeavour was called the Tizard Mission.

Both before and in the early months of the Second World War, the British government had tested the country’s readiness for defence and found it wanting, particularly against aerial attack.  Defence committees were set up to research and recommend ways of strengthening the aerial defences.

Tizard played an important role in these early investigations. A colleague of his, Robert Watson-Watt, worked on ways of using radio waves to detect aircraft, inventing a prototype radar.  Another in Tizard’s team was Edward Bowen, who worked with Watson-Watt. Bowen worked on a radar device that would be small enough and robust enough to be able to be fitted inside a fighter plane.

Tizard was eager to involve the USA in developing defence technologies. He was supported by a physicist, Archibald Hill, in the drawing up of a proposal for the government.

Their plan was put to Winston Churchill on 10th May. The War Cabinet approved it in June. The Battle of Britain began on 10th July. Tizard’s team was appointed on 10th August. They worked together on assembling the items to donate to the Americans.

These were packed into a trunk the size of a suitcase. Into the trunk, they packed the VT fuse, the Cavity Magnetron No. 12 invented by Bowen, a radar small enough to be used in fighter aircraft, the memorandum for the atom bomb, the plans for the jet engine, and many other plans and documents.

Henry Tizard flew to the USA on 14th August. He was feted by officials there while he awaited the arrival of the others with the all-important cargo. He spent some of this time emphasising the devastation being caused by the Nazis.

Two weeks later, on 28th August, the rest of the committee arrived to join Tizard. Eddie Bowen was entrusted to carry the vital trunk, along with his other luggage; he travelled from London to Liverpool by train, meeting the others at the docks, where they embarked for the voyage across the North Atlantic.

The meetings between the British inventors and their US hosts began in September. Back home, British cities were under terrible assault by German bombers in the aerial bombing blitz. The importance of their mission felt particularly auspicious to the British.

At first, the Americans seemed lukewarm and they did not show a lot of interest in their initial demonstrations and explanations. US interest picked up over the VT fuse and their team became very impressed with some of the further inventions revealed.

They gaped at the jet engine of Frank Whittle, the first of its kind in the world. They would later collaborate in Britain on its further development. The portable atom bomb sparked a lot of interest. The technology behind it would become the focus of a massive American effort at refinement, and would later in the war be finalised and, sadly, deployed.

What most impressed the US hosts was Bowen’s cavity magnetron. They were thunderstruck that the British had developed a radar small and accurate enough to be used inside an aircraft.

Following the initial meetings, there was much activity. The Americans started producing the cavity magnetron at Bell Laboratories, and at MIT research into microwaves was begun.

Tizard’s men were allowed to observe training manoeuvres and shown an American radar technology. The British would have liked to get access to a device for aiding bombing from high altitude, the Norden bombsight, which was being developed by the US Navy; the USA, however, was not willing to share the technology, fearing that the Germans might get hold of it, and only provided the barest information about it to the delegation.

Henry Tizard left the USA on 2nd October to continue his work in Britain. His mission has been described in a 2010 book, The Tizard Mission: The Top-Secret Operation That Changed the Course of World War II by Steven Phelps.