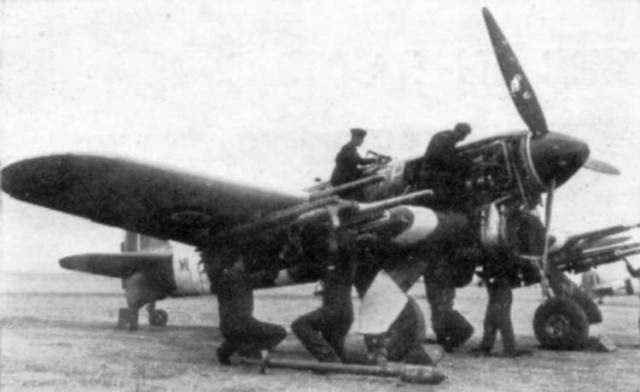 The majority of the British Army during World War Two consisted of British and her Allied troops. However there was a small contingent of a secret German army which helped the Allies to conquer the Nazis.

Sir Ken Adam, who is now 88, served with the Royal Air Force (RAF) but was born with the name Klaus Adam, and after that was Keith Adam before ending up as Ken Adam. He was the only serviceman of German origin to have served with the RAF during World War Two.

After the war, Ken went on to work in the movies and was one of Hollywood’s best production designers. He worked on movies such as Stanley Kubrick’s Dr Strangelove and went on to achieve a knighthood, two Oscars and many BAFTA awards.

Ken was a Sergeant Pilot in RAF 609 Squadron and flew Typhoon fighter-bombers on missions over German-occupied France. It was Ken’s Jewish origins that made him turn his back on his homeland and fight against the Nazis with the Allies. Even though Ken kept his German passport, for the Nazis he was a traitor and if caught during the war he would have been shot regardless of his nationality.

Around 10,000 Jewish men and women, who had been German and Austrian citizens turned against the Nazis and joined the British forces. None of them were forced to join, it was all voluntary. Almost 80,000 German and Austrians fled to Britain before the war started.

Even though they fought with the British against the Nazis, they were treated with suspicion because of their Germanic heritage, and were never classified as British citizens until after the war and if they applied for British citizenship.

Ken recalls how he was pleased when war broke out since he hated the Nazi regime and wanted them out of power.

The story of Germans within the British Army during the war has been made into a new documentary on the National Geographic Channel called Churchill’s German Army, The Telegraph reports.

Ken had been born into a wealthy family in Berlin, where his father owned a sports shop. They left Berlin as Nazi popularity increased and moved to Britain with just a few belongings, but they were clever enough to bring with them an original Renoir. Ken’s father had fought with the German army in World War One, but he was detained by the Nazi’s Gestapo, he decided that they should leave the country.

When World War Two began, Ken was an architecture student and was designing air-raid shelters. He joined the British Army and was then transferred to the RAF. It was then that he took on the name Keith and he says his regiment was full of men from all different European countries and so there was no prejudice or discrimination.