Recent tragedy in a church in Charleston, brought back to light the various emblems symbolizing the bloody Civil War of America. Excessive use of confederate flags by racists and white supremacists has enraged the public and there is an outcry to reconsider the use of the confederate flag by some states in the south. Following is a quick over view of the stages that the controversial confederate flag went through during and after the American Civil War.

Is this the Original Flag of Confederacy? 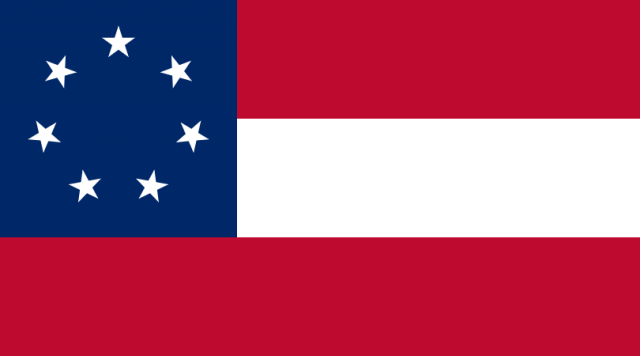 The fact of the matter is that throughout the 4 year long bloody conflict; the confederacy used 4 different flags for the campaign. None of those flags was the one that made its way through as single emblem of confederacy and the center of controversy. First confederate flag was dubbed as ‘Stars and Bars’ and was approved in 1861 by the confederates.Itcontained a bluesquare on top left corner with 8 stars forming a circle. Those eight stars represented the 8 confederate states. It also had 3 bars, one big blue while 2 small white and blue bars.

It is not even the second or third Confederate flag 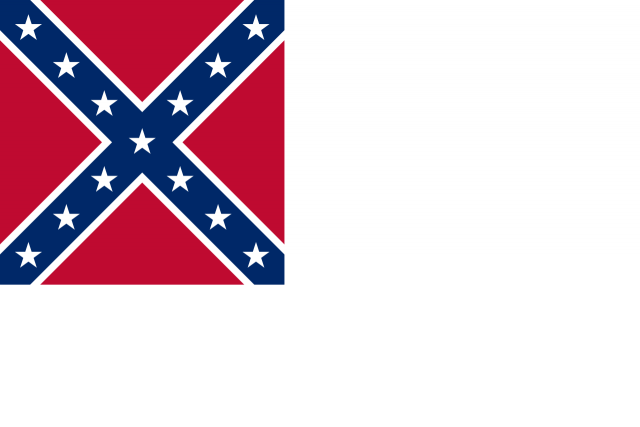 The second national flag of the Confederacy, used from 1863 to 1865, was known as the “Stainless Banner.” [Via]

The second confederate flag was born out of necessity since the first flag’s similarity to Union Flag meant that it could easily be mistaken as a union flag in a battlefield, filled with dust and smile. The flag we know today as confederate flag was designed by a famous Southern Politician William Porcher Miles.

It was then known as the ‘battle flag’. The confederacy approved the battle flag but put it on the canton of the next approved flag, a full white flag. This flag was called the ‘stainless banner’. It was quickly replaced by another flag called ‘blood-stained banner’, because in a calm day when there was not much wind the white part of flaggave the impression of surreder. A red bar on the right meant no more confusion and a new flag. This flag did not prove to be lucky for the south as it surrendered soon after that. 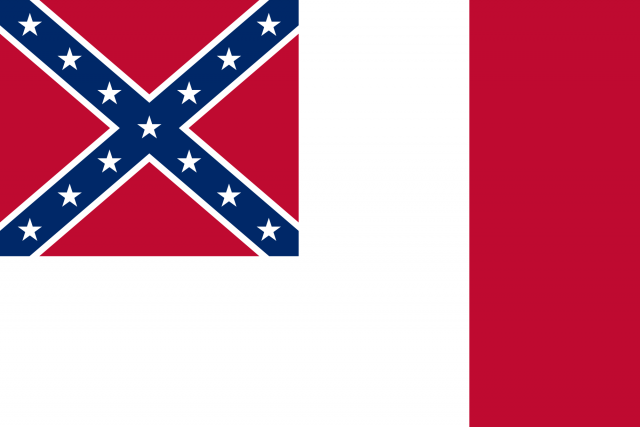 The third National Flag of the Confederacy was used in 1865. [Via]

The battle flag, now the sole symbol of confederacy was flown by a number of army units during the war. The most prominent of all was the North Virginia’s army led by Gen. Robert E. Lee. Despite the fact that Lee disliked and discouraged the use of any civil war symbols after the war, as he referred in one of his letters ‘not to keep open the sore wounds’, the battle flag somehow successfully made its way as the symbol of civil war.

Post War Legacy and Re-birth of the Confederate Flag

In the immediate aftermath of the war, nation mourned the loss of lives and humiliation among the other nations of theworld. The battle flag of confederacy was only seen occasionally, on civil war memorials or ceremonies, the CNN Edition reports.

The flag was reincarnated by a South Carolinapolitician in his campaign for the presidency. In the days leading up to American civil rights movement for Black Americans, Strom Thurmond advocated the segregation under the umbrella of his newly formed party known as ‘States Rights Democratic Party’. Despite all that, desegregation prevailed and after Supreme court’s ruling on Brown vs. Board of Education that gave Black American kids access to all schools, the confederate flag popped up more often then ever.