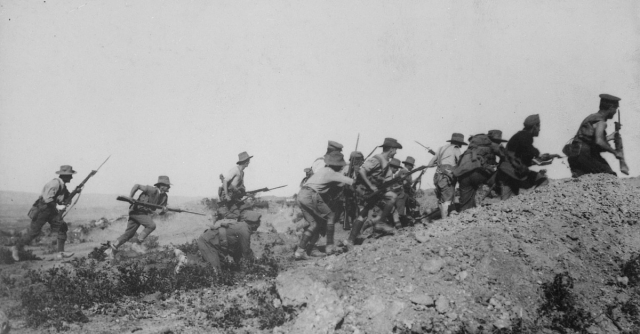 This year marks the 100th anniversary of the 1915 Gallipoli Campaign. This campaign was intended to capture the Ottoman capital of Constantinople. A long fight, there were over sixty thousand Australians that fought Turkish forces alongside New Zealand, British, French, Indian and Newfoundland forces. Heavy casualties, including 8,000 Australians, were taken during this 8-month campaign and ultimately resulted in a definitive win for the Ottoman Empire.

Many authors, researchers and academics agree the birth of the country in 1901 was and should be considered the true beginnings of this notion of Australian identity and values such as sacrifice and standing by your mates. However, Anzac Day has become a popular tradition in not only Australia but in other parts of the world including Canada despite the country not participating in the campaign. At the time of the campaign, Newfoundland was a separate colony of the United Kingdom, the SBS reports.

And indeed, the first Anzac Day was commemorated April 25, 1916 and has been honored since. According to the Australian government’s website, commemorative services are held at dawn – the time of the original landing – across the nation. Later in the day, former servicemen and servicewomen took part in marches through major cities and in many smaller locales.