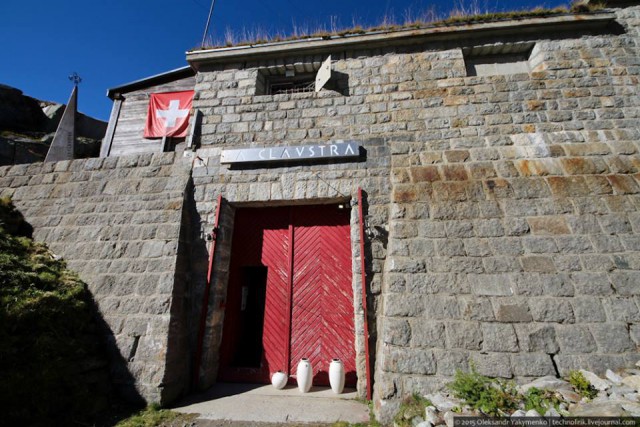 A newly-opened hotel in Switzerland has been built out of a World War Two Swiss military bunker. The hotel is charging around $200 per night, and guests won’t even have a window or view from their hotel room.  They won’t see the Swiss Alps or one of the country’s famous lakes; instead, they will experience life underground.

The Hotel La Claustra is offering a room without a view and has 17 rooms that have been renovated underground in the Gotthard mountain region.  The bunkers have cavernous walls and the interiors have been retained as minimalist so that guests can experience the World War Two army facilities.  A brickwork entrance highlighted by a Swiss flag brings guests into the bunker complex, while a restaurant and lounge have all been added to ensure guests can eat, relax and sleep in the underground bunker.

The hotel is part of a trend in Switzerland to convert old World War Two military facilities that were built during the war to defend the neutral country.  Swiss authorities built almost 8000 bunkers during the war, but they began to sell of the assets in the 1990s after increasing maintenance costs outweighed the advantages of keeping them under Army ownership. 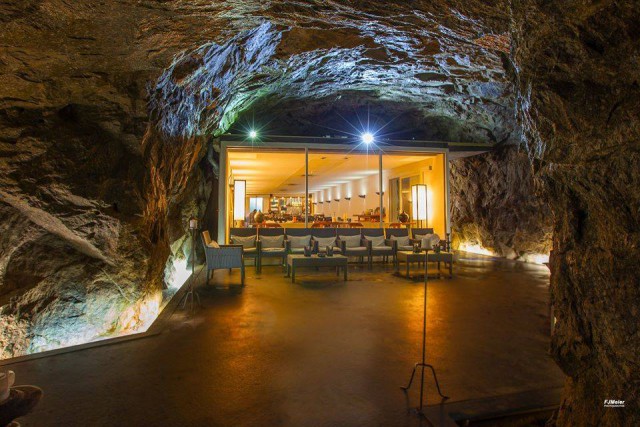 Businesses across Switzerland are using the bunkers to create facilities for museums, food factories, and data centres – and now as hotels.  The manager of one of the bunkers-turned-data-centre said that the bunkers can offer heightened security and protection like no other place in the country. That bunker once held over 1500 Swiss troops during the war.

The Swiss have had to be prepared for invasion for hundreds of years and had equipped itself well to stave off German invaders.  One former fortress now houses the Sasso San Gottardo museum, which tells the story of how Switzerland has prevented invasion over the past 100 years.

During World War Two, the country was surrounded by Axis nations, and they believed that an impending attack from the Axis was very likely.  Its military planned for all of its troops and weaponry to be transported to its mountain region if an attack took place. From there they planned to retain control of its mountains and vital transport routes.