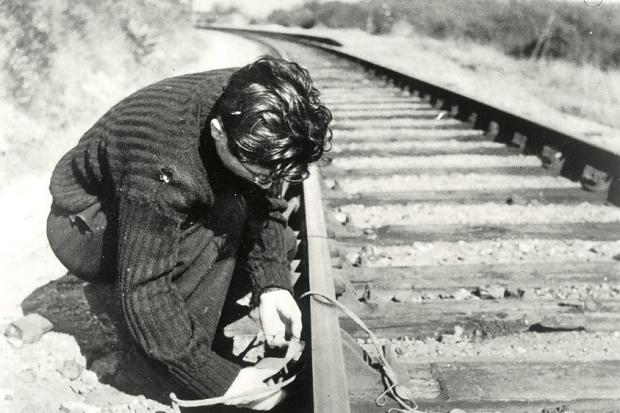 There are many special operations that took place during World War Two, some of which still remain a secret today. Official documents remain top secret or were destroyed during and after the war, while the men behind them still do not speak a word about missions that they took part in.

Many believe that those who took part in operations behind enemy lines were the ‘bravest of the brave’. Missions were deployed to German-occupied France, particularly before and after the D-Day Landings to gather intelligence and cause chaos for the Nazis.

Many resistance groups were infiltrated and members captured by the Nazis, where after interrogation many were shot. This became a rule when Hitler passed an order, against the Geneva Convention, that enabled any non-uniformed person whom Nazi troops believed to be a spy could be shot on sight, or tortured for information and subsequently executed.

There was one particular incident towards the end of the war when more than 30 men serving with the SAS were deployed to France to damage the railway line connecting western France to Paris in order to delay the delivery of Nazi military vehicles and equipment which were being transported up to the capital from Germany by train. However the entire group was captured and executed by the German SS division.

Another example is the SOE’s Jedburgh Teams which were small teams of three troops (two officers and a radio operator). They would be dropped behind enemy lines and would connect with local resistance members. They wore uniforms, but knew that if caught they would probably be treated like spies.

The men who took part in these kinds of missions would be trained specifically in infiltrating the enemy through sabotage, and being able to operate smartly in a dangerous environment, The Guardian reports.

Many SOE and SAS veterans still remain unknown, since records either remain top secret or were destroyed during or after the war. Otherwise many veterans remain undercover or silent about the work they carried out during the war. However France is now honouring the SOE and SAS members who took part in the D-Day Landings campaign with the Légion d’Honneur. There are thought to be around 3000 British veterans who are applicable for the medal and the Ministry of Defence has been drafted in to help French authorities with administering the medal.

The British Ministry of Defence is encouraging all veterans to now come forward so that they can be honoured and accept the award for everything they did for the Allied war effort.