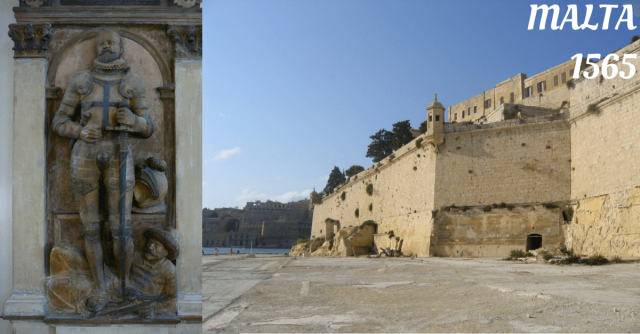 In the annals of warfare one reads of the clash of arms, the pitting of warrior against warrior, of tales of heroism, of endurance and martial spirit, and in these records of triumph and defeat, no single episode best exemplifies these qualities than the great siege of Malta in 1565.

In the hellish siege of the strongholds of the Knights Hospitaller that followed the investiture of Malta by the redoubtable forces of Suleiman the Magnificent, a vast armada of war vessels, state of the art artillery and nearly 50, 000 of the Ottoman’s finest troops clashed with the infinitely inferior numerical force of Knights, mercenaries and Maltese inhabitants. The outcome of the conflict was to determine the future of Europe and to add a lustre to the honour of the Knights that clearly showed it to be the preeminent monastic military order of the day. 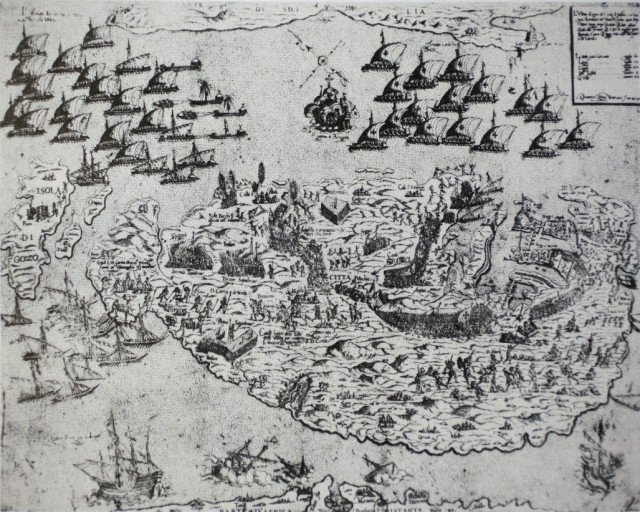 Attack of the Ottoman fleet against Malta in 1565

The origin of the Knights of Saint, or the Knights Hospitaller, lay in a twofold mission i.e. to provide safe passage for Catholic pilgrims to the religious sites of the Holy Land and to provide medical assistance to the sick, the weak and the wounded.  In time, the order’s military role became preeminent but the role of caregivers to the sick was never completely eclipse.  With the fall of Jerusalem to Saladin in 1187, the Knights of Saint John relocated to Rhodes.

Here they added to their considerable collective military skills by becoming outstanding seamen and soon they were harassing Moslem shipping in the Mediterranean.  This brought upon their heads the full wrath of Sultan Suleiman who invested the island of Rhodes with a large army.  The siege of Rhodes ended in the defeat of the Knights but the chivalrous Suleiman spared the lives of his defeated enemy and allowed the Grand Master, Villiers de l’Isle Adam, and all of the surviving Knights and soldiers to depart unharmed.  Suleiman was to quickly regret this clemency.  The Knights of Saint John established themselves on the island of Malta, constructed large scale defensive structures, and began once more to harry the fleets of the Grand Turk.  Enraged by the implacable enmity of his foes, Suleiman gave orders for resources of men and material to be drawn from all parts of the Ottoman Empire in anticipation of a large scale military descent upon the island.

While Suleiman was motivated by sentiments of revenge, he was also fully aware of the strategic value of securing the island of Malta as an outpost of the Ottoman Empire.  If Malta fell, so he believed, it would provide the springboard for an invasion upon Sicily and then southern Italy and the rest of Europe.  To ensure the success of the invasion, Suleiman chose the very best fighting men and leaders that he had at his disposal.  Mustapha Pasha was placed in command of the army and the navy was place under the command of Admiral Piali, leaders who possessed unbroken records of military achievements and who had earned reputations for ruthlessness.  One hundred and ninety three ships were to be used to transport Janissaries, Algerians, Iayalars and Spahis as well as horses for the cavalry, siege guns, muskets, swords, supplies and munitions.  The enormous armada set sail on 22nd March, 1565.  Across the Mediterranean, the Knights of Saint John, who had been informed by spies regarding the impending assault readied themselves to repel the fierce horde that would be unleashed on them.