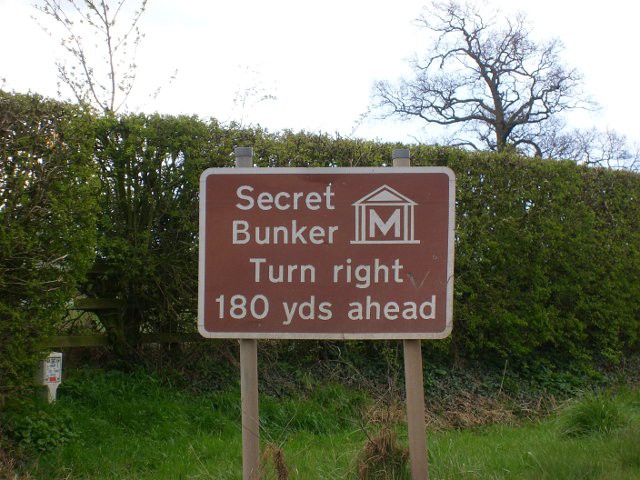 A secret nuclear bunker built in the 1950s has been found in the rural Essex countryside in the east of England.

The Kelvedon Hatch Secret Nuclear Bunker is a huge underground network of facilities that was built in case of a nuclear attack by the Soviet Union. It was able to house around 600 military personnel and civilians and is thought to have been built to ensure the survival of the British population.

The Kelvedon Hatch bunker was built in 1952–53 as part of ROTOR, a programme to improve and harden Britain’s air defence network. It was constructed by Peter Lind & Company of London who still trade today. The bunker was a hardened (three level ‘R4’) Sector Operations Centre for RAF Fighter Command. It was to provide command and control of the London Sector of Fighter Command.

The building was originally a Royal Air Force air defense station, after which it was converted into a regional headquarters for the British Government.  Then in the 1960s, it was used as a civil defence centre.

The bunker’s main facilities are almost 40 metres underground and can be accessed by a normal looking bungalow in a forest area. There is a 91-metre long tunnel that starts at the bungalow and stretches down underground to access the bunker. A radio mast was also fitted to the bungalow so that communication could be attempted in the event of a nuclear attack.

The underground bunker was equipped with bunk beds in order to accommodate all manner of civilians and military who could make it to the shelter in time.  It was also equipped with enough supplies to keep a full complement of 600 people alive for around three months. It was fitted with air conditioning and heating, as well as a water supply and electricity generator. It had radio and other military equipment fitted as well.

Once the Cold War began to die away in the early 1990s, the bunker was decommissioned, and the land was re-purchased from the government by the family of the farmer who had originally sold it. They now operate the land and bunker as a tourist attraction that visitors can see year round, alongside a Cold War museum.

They have also converted the nearby land into an adventure course, paintball center, and other outdoor pursuits such as archery and quad biking. Signposts in the area point the way to the ‘Secret Nuclear Bunker’.

The bunker was used as a “Killer’s Location” for The Murder Game. Both the living quarters and the operational zone were set up for the “Killer’s Game” in the finale. It also played a significant role in an episode of New Tricks titled “The Queen’s Speech”, first broadcast on BBC1 on 20 October 2014.

In 2010 the independent British post-apocalyptic/horror film S.N.U.B! was filmed in the bunker.

More information about visiting the bunker can be found on the website:
http://www.secretnuclearbunker.com/