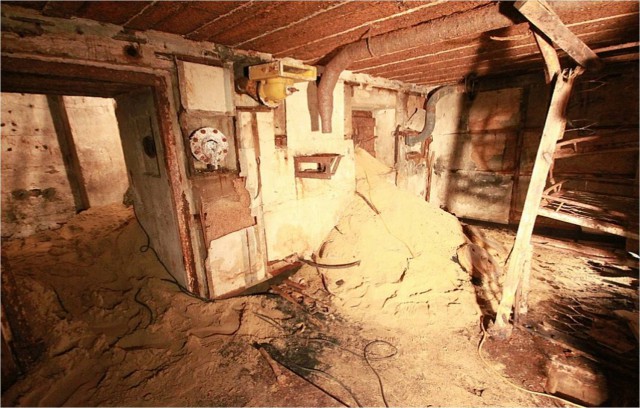 A World War Two German bunker has been discovered in the Gironde region of France after being closed and hidden for more than 70 years.

The bunker was built in 1943 in the middle of World War Two on the Arcachon Basin of Gironde on the west coast of France.

It was discovered and reopened by a local archaeological group, the bunker being part of the Atlantikwall on the French coast. The Atlantikwall was built during the German occupation of France and consisted of thousands of concrete bunkers along the coast of France, Belgium and the Netherlands and continued as far north as Denmark. The wall was the Germans defence against possible invasion from the sea.

The bunker that has recently been reopened is thought to have been a large headquarters location and a command centre for south western section of the Atlantic coast.

The bunker is around 120 sqm and was permanently sealed after the war in around 1946. Since then the bunker had been forgotten, until local planners decided to excavate an area of the city that would enlarge a nearby car park. The local authorities then researched the archives in order to find out what was below the sealed entrance.

When the entrance was opened by local archaeologists they found a virtual museum of World War Two artifacts, equipment and belongings that hadn’t been touched for more than 70 years, the Argunners reports.

Inside the bunker were metal framed beds, electrical generators, communications equipment and would have originally been home to around 20 German soldiers. Its walls are around two meters thick in order to protect it against bombing raids.

The local authorities are now discussing what to do with the find and whether or not it is worthwhile restoring and renovating the bunker as a museum, education center and tourist attraction.