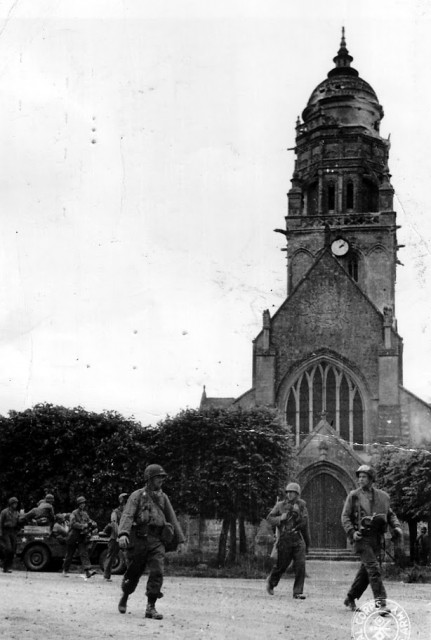 Sainte-Marie-du-Mont, one the first villages liberated in the D-Day invasion of France on June 6th 1944, is changing its name to that of Montmerville. This is unacceptable for some, including many US websites and had sparked fury on Facebook and other social media networks.

Sainte-Marie-du-Mont (740 inhabitants), Brucheville (146 inhabitants) and Vierville (38 inhabitants) decided to join forces and to create a new municipality with a little under 1000 inhabitants. The name was chosen: Montmerville. The name was explained as having something of all 3 communities in it and also shows it’s link to the sea (“mer” in French means sea). The council voted on this Thursday September 10th and the outcome was 12 votes in favor and one against. 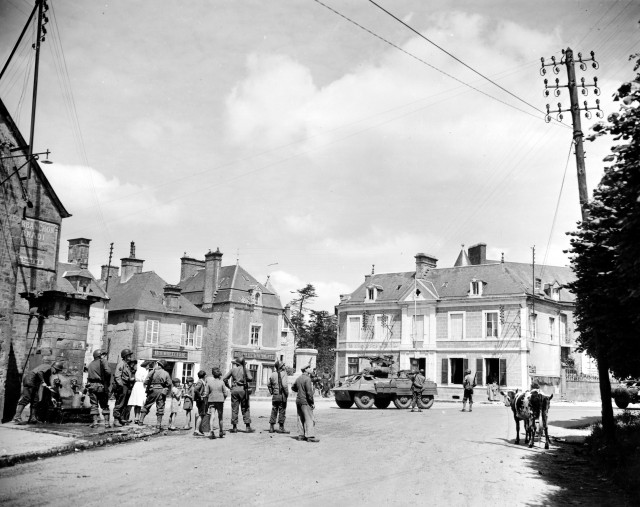 A page in the history books seems to turn because the name of Sainte-Marie-du-Mont is known around the world, particularly in the United States and might now disappear.

Indeed, this village near Utah Beach, was liberated in the early hours of June 6th, 1944 by US troops of the 101st Airborne division. The village was one of first French villages liberated from German occupation. 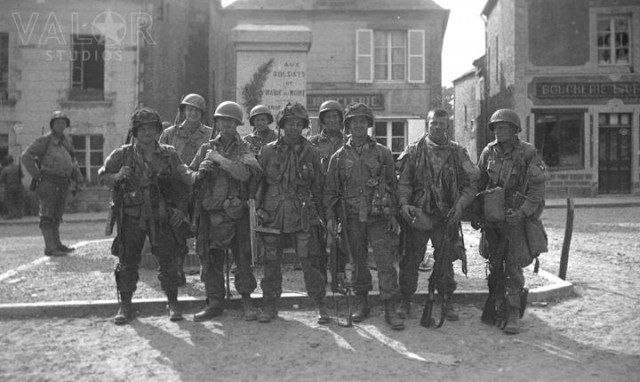 But also not all local inhabitants are happy with the name change,  “No name  change!” Chokes Philippe Tanne, the Holdy shop (militaria). “Why erase 600 years of history and 71 years of memories with our American Veterans and their  families?”

However the mayor Henri Miletus says that  “Sainte-Marie-du-Mont keep its name, it will only join with other village”. However in a city council meeting on September 16th it became clear that the name change certainly is not off the table. 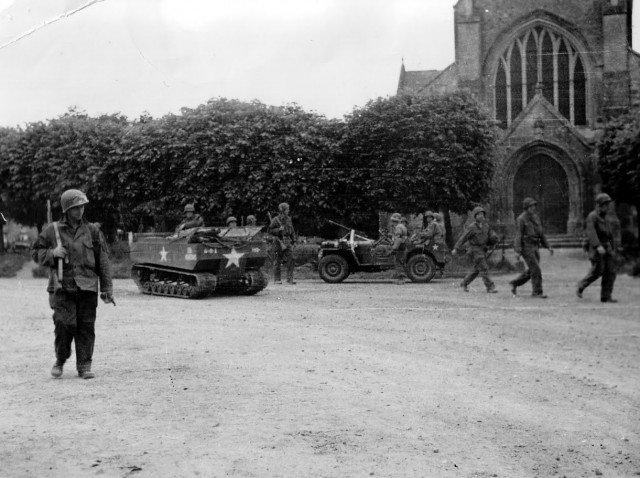 US Soldiers, a Jeep and a Weasel in front of the Sainte-Marie-Du-Mont Church

This does not seem to reassure most people and a petition (in French), which has already been signed by more than 1000 people, has been started to keep the village named Sainte-Marie-du-Mont.

The mayor said finally, “Sainte-Marie-du-Montville-sur-mer is probably a bit long, but it has the advantage of synthesis and the sensibilities … And you can easily ignore the end.”

During the first minutes of June 6, the 101st Airborne soldiers were dropped all over Sainte Marie du Mont and its region. Immediately some skirmishes and firefights took place in various points and specially around the church and its very original steeple. It was an excellent observation post covering all the surrounding area and of course the Germans were using it. 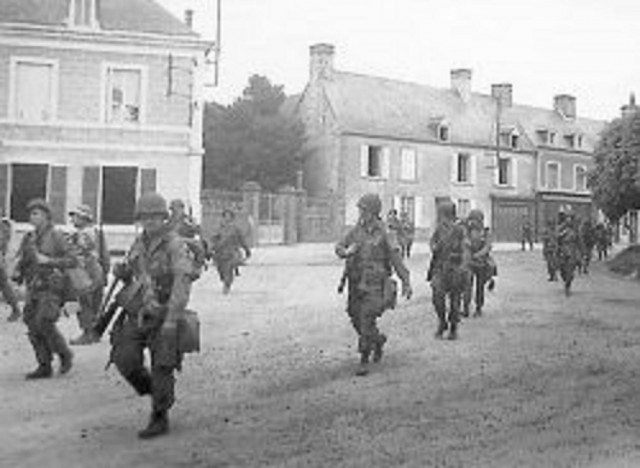 US Soldiers march through Sainte-Marie-Du-Mont

According to the plans made in England, the 506th Parachute Infantry Regiment, commanded by Colonel Robert Sink, would attack the town with about a thousand men. Its 2nd Battalion would seize Sainte-Marie-du-Mont and its Kommandantur and also the next hamlet, Pouppeville, that is located between the beach and Sainte Marie du Mont.

In reality, due to the scattering of the parachutists, Colonel Sink was able to assemble only 75 men to seize the town which was taken immediately after the drop and secured.