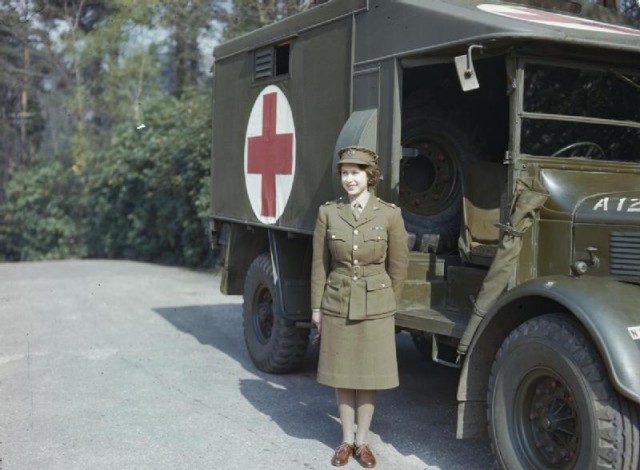 World War II was a time in which everyone made sacrifices including Britain’s royal family. These sacrifices and daily life has been compiled in a BBC program and companion book, The Greatest Generation, documenting the remembrances of those who lived through this memorable event.

Among those interviewed were former lady-in-waiting and cousin to the royal family, Margaret Rhodes. She recounted perhaps some of the morewell-documented stories about the family including how Queen Elizabeth refused to leave London or even allow her daughters, Princess Margaret and then-Princess Elizabeth to be evacuated. The Queen reportedly saying, “I would not send the children away without me and I cannot ever leave the King.”

As a result of this steadfastness to stay in London, the King insisted all, including his tween teenage daughters to adhere to the same privations as the rest of England such as using only 3 inches of bathwater and the same food rations supplemented by game caught on the estate.

In addition, while the princesses stayed at Windsor Castle, their parents, the King and Queen toured the areas of the country that had been bombed lending moral support and encouragement to all they met. On weekends, the family spent together at Windsor.

But what may not be as well-known, according to Mrs. Rhodes, is the Queen’s fear of being kidnapped by the Nazi. Because of this fear of possible Nazi parachutists landing on the palace grounds, she and the two princesses learned how to shoot a pistol. Unable to practice the traditional way, the Queen practiced on rats. True, a bit unconventional, but it showed resourcefulness and determination in a period of shortages and the need to be self-sustainable, The Telegraph reports.

In fact, Mrs. Rhodes also learned how to shoot and while at the royal estate in Scotland would oftentimes carry a .22 rifle in search for pigeons or rabbits for dinner. The closest she came to danger was when a Nazi airplane flew low overhead the estate. She commenced to shooting at it but as she put it, “it was unscathed and it flew on happily. But I did fire at the enemy!”

When victory was declared in Europe on May 8, 1945, the two princesses joined the crowds to celebrate outside of Buckingham Palace. The significance of this can be felt today as it was one of the few times the two teenagers were able to mingle with their subjects unnoticed.