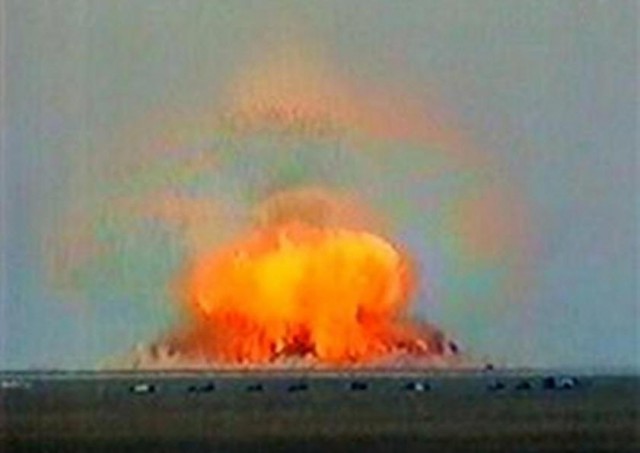 During the Vietnam war, the U.S. utilized similar air-fueled bombs to clear jungles to create helicopter landing areas. The Soviet Union used their air-fueled weapons during conflicts with China and Afghanistan.

Russian deputy chief of staff, General Alexander Rushkin, claims that while the new bomb is smaller than the MOAB, it is much deadlier because the temperature at the center of the blast is 2 x that of the MOAB.

Rushkin maintains the MOAB’s capabilities are comparable to a nuclear weapon, but unlike a traditional nuke which is known for radioactive fallout, the MOAB does not damage or pollute the environment beyond its blast radius. 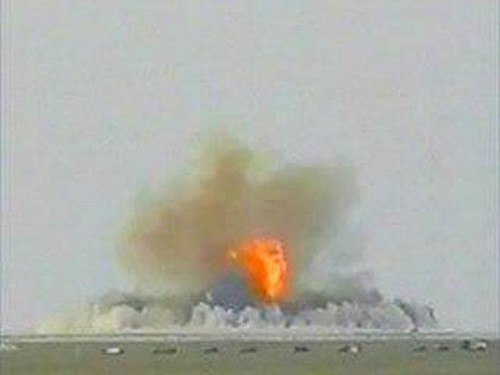 Instead, the MOAB generates an equivalent of 11 tons of TNT from just 8 tons of high explosives. The FOAB has a blast radius of 300 meters, double that of the MOAB, while also generating temperatures twice that of the MOAB.

Controversial amongst defense experts, some of them question the yield of the bomb as well as if it can be deployed by a standard Russian Tupolev Tu-160 bomber. Wired magazine published a report analyzing Russian propaganda photos and videos and specs showing discrepancies.

Analysts maintain the bomb was designed to deploy from a slow moving cargo plane. Videos released by the Russians never show the bomb and bombers in the same shot.

Battelle senior research scientist Tom Burky is quoted saying, “It’s not even clear what kind of weapon the Russians tested.” Burky questions if the bomb was a fuel-air explosive or a thermobaric weapon.

He shares, “Fuel-air and thermobaric bombs differ in usefulness.” Burky believes the bomb shown in the video is a fuel-air explosive based on its shape.

Another expert questioning the authenticity of the Russian videos is German military analyst Sascha Lange. While speaking at Deutsche Welle, Lange pointed out the discrepancies in the Russian video and shared his skepticism.

Pike states, “These are fuel-air explosives, designed to generate intense blast pressure over a large area. It is reported that the Russian bomb is a so-called thermobaric bomb that produces both blast and heat.

The Russian military has been a pioneer in the development and use of these thermobaric weapons. This would have to be one of the largest deliverable, droppable bombs in military history.”

Jane’s Information Group editor, Robert Hewson, shared with the BBC that it was likely the FOAB does indeed represent the world’s biggest non-nuclear bomb.

“You can argue about the numbers and how you scale this, but the Russians have a long and proven history of developing weapons in the thermobaric class,” Hewson said. UPI claimed the device “would enormously boost Russia’s conventional military capabilities.”