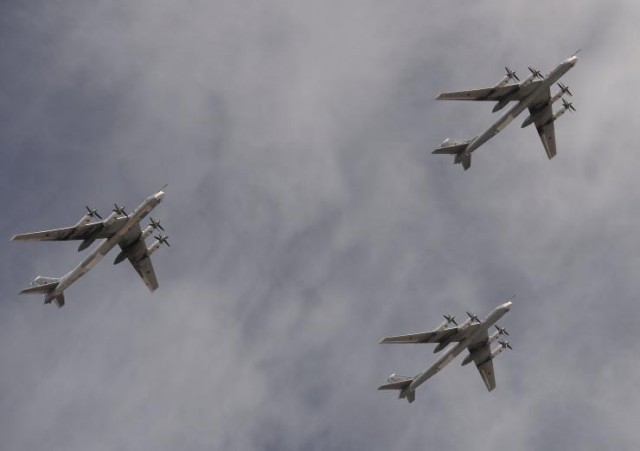 Reports from the Korean Peninsula suggest that two Russian Air Force Tupolev bombers have flown within the airspace of a US Navy aircraft carrier, the USS Ronald Reagan.

The bombers flew within one nautical mile of the USS Ronald Reagan which in turn caused the ship to ready its fighter jets in response.

The Russian Tupolev bomber is a huge aircraft and is commonly known as the Bear. It is thought that the two aircraft flew at a low altitude of around 500 feet as they began to fly towards the US carrier.

The USS Ronald Reagan was near the Korean Peninsula area since it was conducting scheduled joint exercises with the South Korean Navy. It decided to launch four of its FA-18 Super Hornet fighter jets into the skies in order to fend off the nearby Russian bombers. They were to intercept and identify the aircraft, since at the time they did not know what aircraft was approaching.

The situation did take place in international waters with no one state residing over the area. This means that the Russian bombers were not undertaking an illegal action even though most military experts agree it was dangerous and potentially provocative.

Representatives from the US Navy said that they of course agree with international laws, but that plans for operations in such close quarters to other countries should always be shared and completed within regulatory guidelines. This is mainly to ensure that safety can be upheld at all times, Fox News reports.

Russian aircraft have been flying close to various international boundaries and violating countries’ airspace as well as US and NATO ships. Last year the USS Donald Cook had a similar incident happen when it was operating in the waters of the Black Sea, off Romania. A single Russian SU-24 fighter plane flew near to the ship and at a low altitude. Meanwhile, in September Turkey’s government suggested Russian fighter planes had flown unauthorised within its airspace as they made their way to Syria for bombing missions.

On the other hand the US has also been accessing waters that contradict other countries’ laws as it sailed the US Navy’s USS Lassen through what China claims is not international territory but does in fact belong to international waters – as mandated by the United Nations.