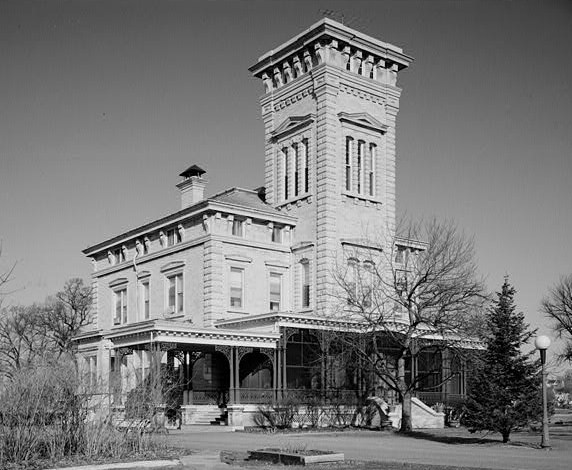 Located in the famous Rock Island, the ‘Rock Island Arsenal’ covers an area of 946 acres and has a rich history associated with it. The island is situated between Devonport, Iowa and Rock Island Illinois. First established in 1816 with the building of Fort Armstrong, it has now evolved into a largest weapon manufacturing Arsenal Owned by the State. The Arsenal has been providing the war machinery since 1880, however the most significant project it undertook was the post WW1 Mark VIII tanks manufacturing. The post WW1 era is considered to be the booming time for the tank manufacturing around the world, and US contributed in it a great deal thanks to Rock Island Arsenal.

The island facilities were still under construction when the first batch of confederate prisoners arrived in 1863. The batch contained 468 confederate Army soldiers who were captured during the Battle of Chattanooga, Tennessee. This was just the beginning, as by the end of the month the prison population would swell to 5,000 prisoners. In the early days, more then 40 confederates successfully escaped the prison. Many more tried but failed due to strict and adequate security measures by the authorities.

In a Cemetery adjacent to the prison site, 1,964 confederate prisoners along with 125 union guards are buried. The guards buried in the cemetery also include 49 members of 108th Regiment of US colored troops. It is reported that most of the deaths in the prison was a result of disease and poor sanitation. There were no adequate health and safety measures in place for the prisoners and scores of them died due to small pox and other diseases. The camp was operated from 1863 to 1865, when the last confederate prisoner was freed from the prison. After the end of the civil war the facility, that held a total of 12,400 confederates, was razed to ground, but its legacy lived on in the history.

On July 4, 1905 the Rock Island Museum was established. This museum has the honor to be the second oldest military museum in United States after the ‘west point museum’. Rock Island Museum had to be shut down on a couple of occasions, once during WW1 and then again in the Second World War to provide additional space for manufacturing needs, the Quad-City Times reports.

The Museum depicts the story of the Island with respect to the union prison and later its industrial contribution in US military campaigns. The Island museum has the second largest small arms weapon collection and outdoors vehicle display in the whole of United States.