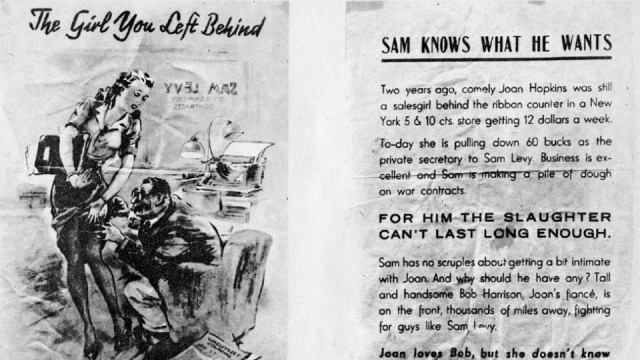 Joseph Goebbels is notorious for his role in orchestrating the hateful Nazi propaganda campaign during World War II. In the last days of the war, he launched a desperate leaflet campaign to motivate American and British soldiers to desert their missions.

This tactic was a desperate last attempt by a Nazi regime faced with complete defeat to try to get inside the heads of their enemy. Allied forces located in Italy and France received these leaflets from 1944-1945. Today the leaflets are held at the U.S. Army Combined Arms Research Library at Fort Leavenworth, Kansas.

The majority of the leaflets were written to appeal to a soldier’s jealous side. The theme often focused on the girlfriends and wives that the soldiers had left behind upon deployment. They were titled The Girl You Left Behind, and they conveyed the message that women were undoubtedly cheating on them with a shady-looking Jewish character named “Sam Levy.”

This was a weird manifestation of the Nazi-imagined connection between the American government and alleged Jewish power on Wall Street and throughout Washington. Other leaflets insinuated that the Jews were making massive profits through weapon sales, and thus wanted the war to continue. 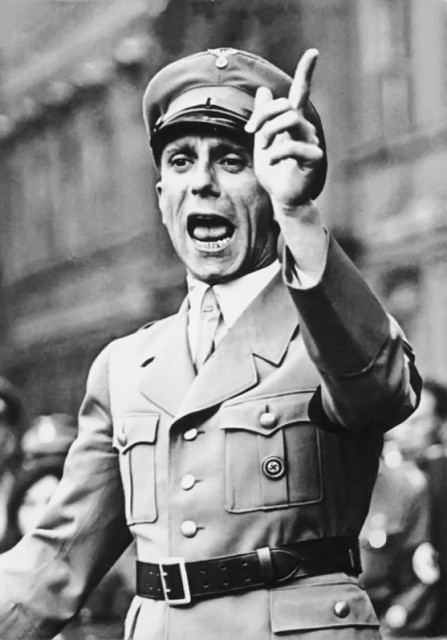 Other leaflet themes focused on disparaging United States President Roosevelt by claiming that he lied to the troops – that veterans would not be taken care of upon their return – implying that soldiers should turn themselves over to the Germans. They argued that at least the German prisons were run according to the Geneva Convention plan. It is a bit baffling to think that Germans actually believed soldiers would find being a POW more appealing than returning home to their families. However, not much of what the Germans did during that war was even remotely understandable.

Not surprisingly these leaflets had essentially no effect on the American or British soldiers. Over the course of three and a half years of United States participation in the war, approximately 21,000 soldiers were convicted and sentenced for desertion. Of these soldiers, 49 were sentenced to death, but only one was actually executed. This may seem like a high number of deserters, but it is important to keep it in perspective. There were 16 million people who valiantly served in the U.S. military during World War II.

On the German side, there were tens of thousands of soldiers who deserted the Wehrmacht. German soldiers were fighting in extremely difficult conditions, especially on the Eastern Front. It was reported that 15,000 German soldiers were executed, many without ever receiving a trial, during the war.

Fortunately, the psychological operation had minimal positive results for the Germans. The leaflets were something of a joke in fact. These propaganda leaflets go to show that the infamous Goebbels was not the propaganda genius that many believed.