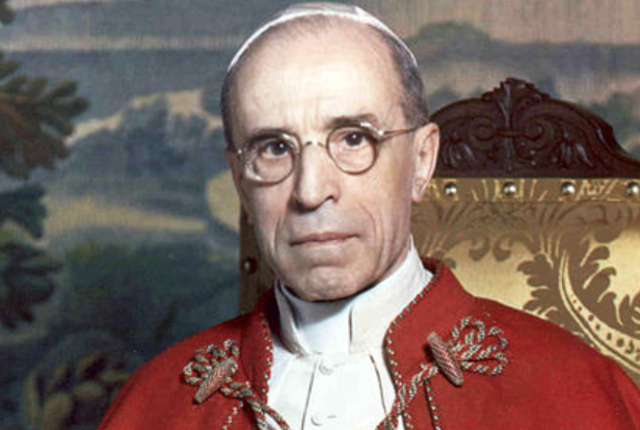 It’s a little-known fact that during World War Two the head of the Catholic Church, Pope Pius XII ordered that Hitler was to be killed.

A new book called Church of Spies has been released. It tells the historical background of the Vatican’s secret missions and initiatives throughout World War Two.

There were many assassination attempts and coups to rid Germany of Hitler. One such plan was hindered by questions about what would happen to the country should Hitler no longer be in power, and how could they get agreement from Hitler’s enemies in Germany and other countries.

The coup plan demanded that Germany fall under a ‘just peace’ if Hitler were deposed. But it was difficult to gain agreement on this since the Allies were not assured that Germany wouldn’t simply put another tyrant in Hitler’s place as leader of their country.

The Pope was the person the coup team turned to for help with the arrangement. He agreed, but at the same time set in motion a secret operation to gather intelligence about the coup and the plans for Germany post-Hitler disposition.

The Pope during World War Two was Pope Pius XII; he was and has been widely criticized for his reserve over the Holocaust. Before becoming Pope, he criticized National Socialism and preached about equality for all races. He was publicly critical of the Nazis but consistently failed to acknowledge the persecution the Jews underwent during the war. Historians suggest that the first time he mentioned the Jews in his encyclical was on the occasion of his presenting the agreement for the coup and the killing of Hitler.

The Pope and the Vatican intelligence services were keen to not have German Catholics implicated in the plot, and so remained vehemently silent on the plans. This meant that Catholics in Germany and throughout Europe could continue their underground resistance work against the Nazis as the war continued.

The Vatican’s intelligence arm was never formalized. It was simply put in place to use the intelligence brought to central Rome via its network of nuns, priests, and monks throughout Europe. Many of these were stationed in the most devastated and war-torn areas of the continent.

Hitler’s view of Catholicism was that it did not work in tandem with Nazism. He showed hatred towards the Pope and the Church..

Eventually, the SS uncovered the plot against the Fuhrer; the plotters were arrested and underwent severe interrogation. Unfortunately, the Vatican was implicated, and the SS began to single out and target Catholic resistance across Germany and its occupied territories.