It’s a seemingly ordinary photo of an elderly man, the lone figure of an unknown vet, based on the many medals adorning his civilian, the clothes any normal person would wear. What’s arresting was this man was wiping tears from his eyes, his face showing anguish from what could be memories of long ago. His other hand clutched a balloon and a bunch of flowers — probably a gift given to him for his service or, perhaps, they could be his tribute to his fallen comrades.

However, what’s really heartbreaking is the caption right on top of the said photo: Last veteran of his WWII battle group marching alone in Victory Day Parade. 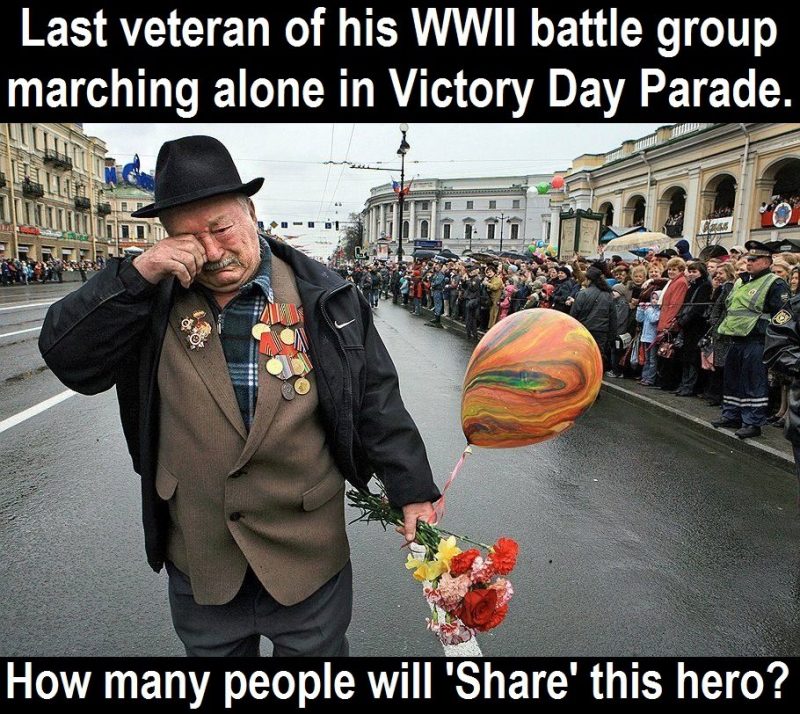 The photo of the unknown vet along with the above-mentioned quote has become a popular Facebook meme garnering over one million likes and shares in sites like UNILAD, and HypeDojo. Statements that express sympathy, appreciation and pride over the “Greatest Generation” appeared in the comments’ section. As a matter of fact, many netizens from various countries have claimed the unknown vet as their own maybe because the photo’s caption was a bit ambiguous.

But who really is the elderly man in this photo, the unknown vet whose lonely, crying figure struck a cord in the hearts of countless on the net?

The picture presents many clues as to where the photo of the unknown vet was taken. For one, the Russian tricolor flag hung in the background. The medals the decked the chest of the unknown vet were also Russian. Lastly, the caption itself pointed out that the man marched alone during the Victory Day parade. Victory Day is a Russian holiday in commemoration of the end of the Second World War. The celebration falls on May 9th and is observed yearly.

But while the nationality of the unknown vet has been established as that of a Russian WWII soldier, his identity is still not known.

A number of sites have credited the image to Russian photographer Aleksandr Petrosyan who’s quite popular and enjoys a wide following on the social media. In an interview, he confirmed that he did snap the photo on Nevsky Prospekt, the main street of St. Petersburg during the city’s Victory Day Parade way back in 2007.

Unfortunately, though, Petrosyan is in no way privy to the man’s identity saying that he just took the picture but didn’t speak to him.

BBC, in a bid to know the name of the unknown vet, contacted the St. Petersburg Veterans Association but to no avail. Petrosyan, for his part, reposted the photo he tookf from Facebook. It did gain attention and prompted netizens to question whether the gentleman in the photo was old enough to be a WWII veteran. In fact, one of those who reacted did so by posting a photo of the same man in a different angle and taken by a different but unknown photographer. 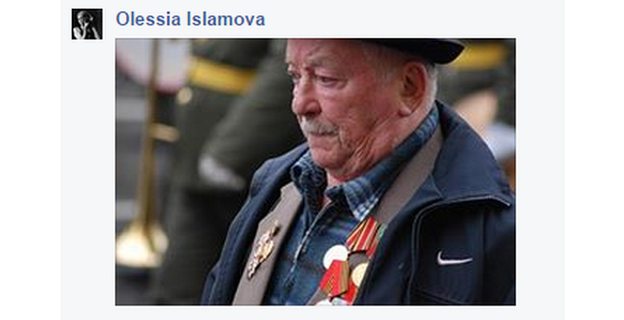 However, nobody still knew who he was.

Regarding the question whether the unknown vet in the photo served in the Second World War or not, RUSI Russian military expert Dr. Igor Sutyagin said he could with a probable age of 75 or so in that line.

During WWII, the common age for conscription in the Red Army was 17, Dr. Sutyagin said. He, then, went on to say that “he could be as young as 13 if he was one of the Sons of the Regiment”. The Sons of the Regiment were comprised of the orphaned children who were adopted by the Red Army. These young ones saw battle and even fought side-by-side with the adults during the war.

As for his medals, Dr. Sutyagin pointed out that the one on his right was The Order of the Patriotic War. This medal was given by the Soviet Union to individuals who served during WWII. The other medals were clearly anniversary military decorations. 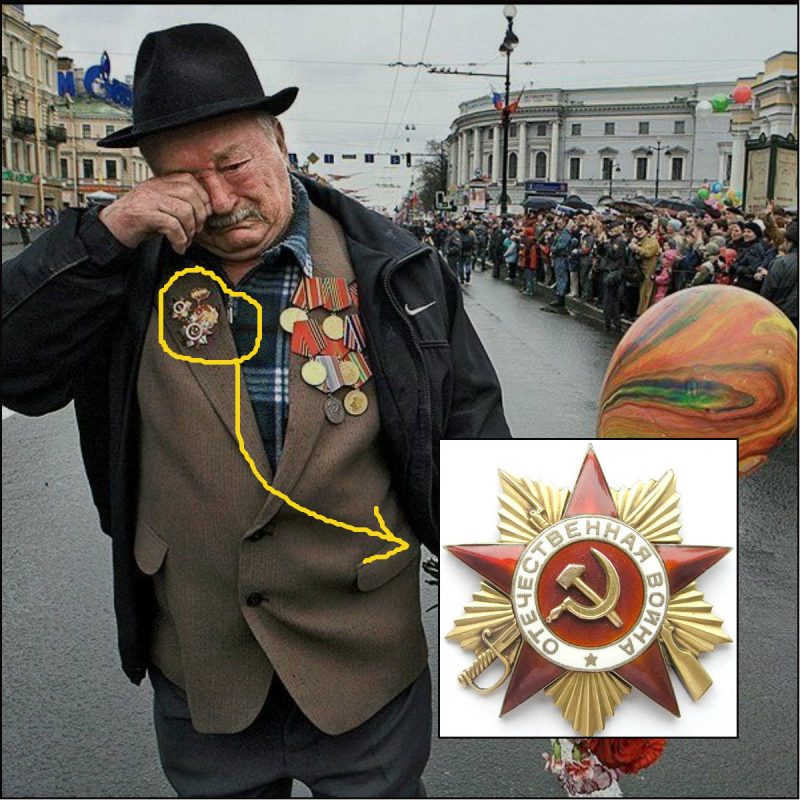 Additionally, the unknown vet is highly unlikely to be a senior ranked officer. This isn’t surprising at all if he was a teenage fighter. During Victory Day parades, officers wear their uniforms but it’s not uncommon for those who have junior ranks to wear informal clothes.

At this rate, we may never know the name of the elderly soldier who cut a lonely figure that fateful day crying. One thing we know, though. He is one of them “Greatest Generation”, the brave generation whose numbers are dwindling speedily.

Another heart-rending iconic photo is this one of Konstantin Pronin from Belarus. Mr. Pronin faithfully attended every Victory Day Parade since World War Two ended. However, in 2011, the year this photo was taken, he was the only one from his unit to turn up for the commemorations in Moscow. 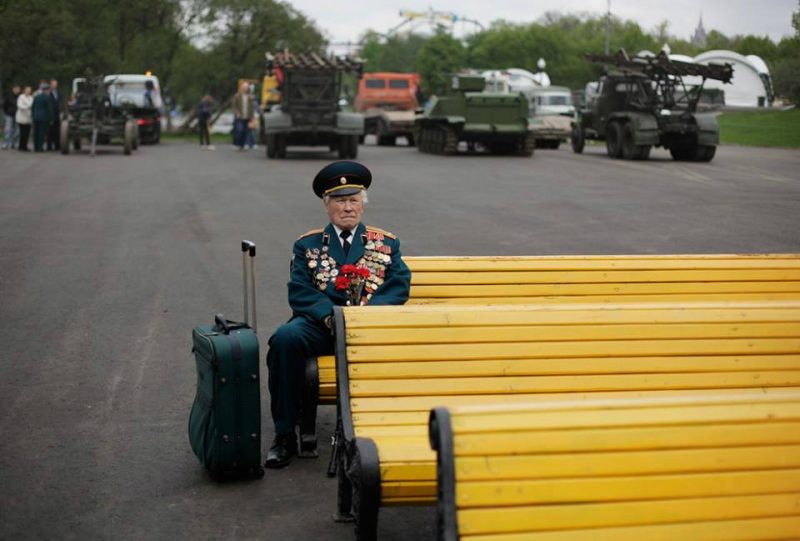