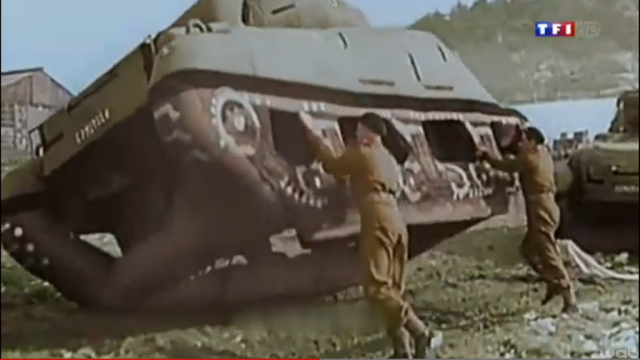 Operation Fortitude was a secret mission to fool the Nazis and draw any attention away from the D-Day Landings during World War Two.

The D-Day Landings were the Allies’ one and only plan to invade Nazi-occupied Europe and drive the Nazis back to Germany. With the Nazis monitoring the Allies’ planning and use of spies, the Allies knew they would have to deter the Germans from even thinking that they were planning an invasion.

Operation Fortitude was implemented to act as atrick plan that would dupe the Germans into thinking the Allies had something else planned.

The Germans knew that the Allies would be planning an invasion into occupied France and that it was only a matter of time. But they could not work out when or how it would be done. The Nazis fortified their northern coastlines from Denmark through to southern France, so as to be ready for any Allied attack.

By 1943, the Americans and British promised the Soviets that they would launch a western front in order to take pressure off the Soviets in the East. The Germans thought that the Allied invasion would either come from the south via North Africa or in North West France where the narrowest distance of the English Channel met France. Hitler decided to focus on the North West France region and placed extensive German Panzer tank divisions in the area.

Operation Fortitude deceived the Germans into thinking the Allied attack would happen on the coast of German-occupied Norway. The Allies sent false radio messages from Scotland that were intercepted by the Germans and created a false Fourth British Army division that were identified by German spies. They also deposited a false fleet of wooden planes in Scotland that were placed in an airfield and were spotted by the German Luftwaffe. Small commando raids were also organised on the Norwegian coast in order to make the Germans think that the Allies were scoping out a landing site.

As a result the Germans reinforced their troops in Norway and prepared for an Allied invasion, the Deseret News reports.

Meanwhile the Allies also posted General Patton and his army in the south west corner of England to also deceive the Germans that an invasion might take place in North West France.

Hitler became certain that the Allies would invade in North West France and situated all of his tank divisions there. Even when the D-Day landings begun, Hitler refused to move his troops since he thought the landings at Normandy were a ruse.