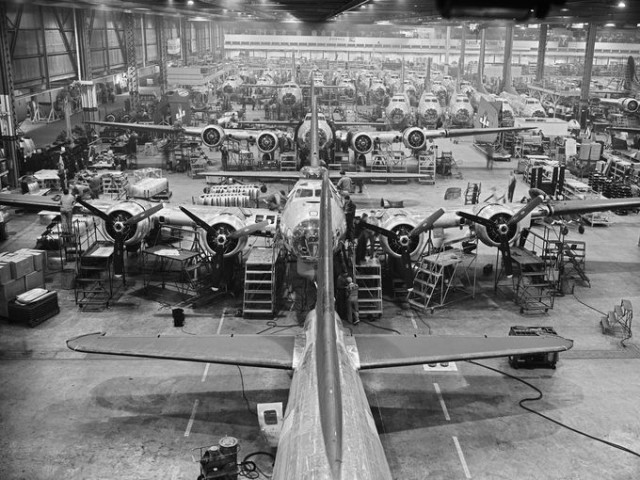 Many know of the company Boeing and its history of building planes.  However, no one knew all of the secrets these specific plants held.  Seattle, among many others, was one of the plants that built planes for Word War II.  It is said that the plant and its employees built almost 7,000 B-17 bombers for the war.

Boeing also had several plants in other regions such as Chehalis, Aberdeen, Bellingham, Vancouver, British Columbia, and Canada.  Not many people know those plants even existed.  One of the Boeing plants in Renton built five B-29 Super Fortresses a day and after being completed; the planes were deployed over the Pacific to drop bombs in Japan. 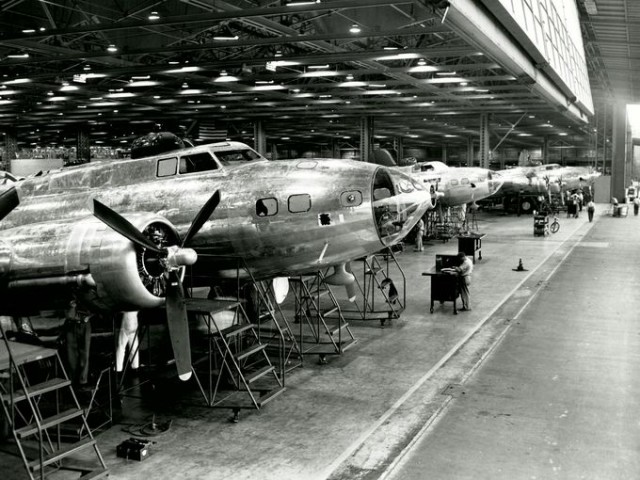 Mike Lombardi, a Boeing historian, said that the one of the biggest challenges was having enough space to build all of the machines.  Another issue the plants came across was having enough people to help assemble and build the planes.

One of the plants in the Duwamish River was torn down three years ago.  This particular plant employed almost 30,000 people, and included four assembly lines.  A problem developed when the government began to demand more equipment than the people working in the plants could handle.  This made the Boeing company find outside sources to help.  Lombardi said that the people searching for more room to build the machines found old car dealerships, garages, and warehouses in which to build more planes.

What is interesting is that one of the car dealerships-turned-factory still exists and is now an office. Another historian, Stacy Davis, says that the dealership was actually purchased during the Great Depression before the war.  During the war, the dealership was leased to Boeing to produce pilot seat supports and lower gun turrets for the B-17s, and later the building was used to manufacture parts for the B-29, the King5.com reports.

Today, when people walk past this building, they will see how it was slightly modernized with different windows, for example.  When a person walks near the doors, they will see a plaque dedicated to the 700 workers that labored in that plant for the war effort.  Almost 70% of those workers were women. The plaque was installed in 2005 to memorialize the 60th anniversary of the war’s end.  Even now, some of the Rosie the Riveters who worked in the plant are still alive.