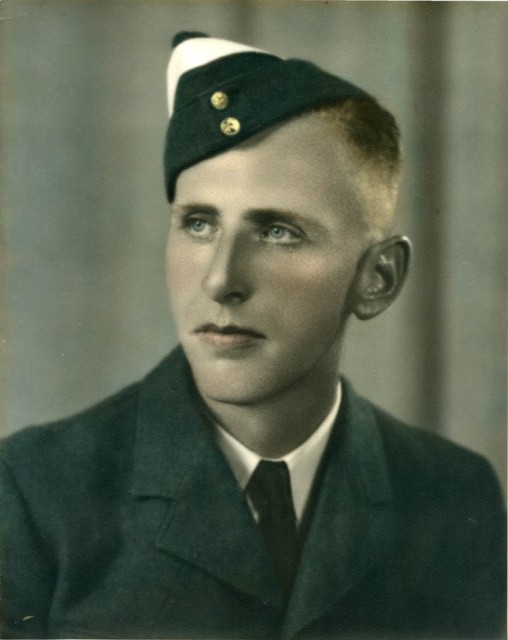 A London-based family has finally discovered the truth about the husband and father who was killed during a bombing raid over Germany during World War Two.

Andy Clark is Bill Clark’s nephew, who has finally discovered what happened to his uncle more than 70 years after he was killed.

Grace Clark was preparing breakfast for her family in East London one morning, when a knock at the door from the postman brought with it a military telegram notifying her that her son Bill had not returned from a bombing raid over Germany and had been recorded as missing in action.

Upon reading the telegram, Grace suffered a heart attack from the news and ever since what happened to Bill has never been fully recovered.

It was Andy, Bill’s nephew, who took up the job of finding out what happened more recently. Andy, who is now 54 and lives in Upminster in Essex, says he spent years researching and finding out what he could about Uncle Bill’s plane crash.

He discovered that Bill’s aircraft hadn’t been identified by Allied authorities and had been recorded as an unidentified aircraft which had crashed into a railway station in France as he battled with a German Luftwaffe fighter plane.

Andy’s findings have been confirmed by the Royal Air Force and families and relatives of all of the aircraft’s crewmen have been notified. This week everyone travelled to Besancon in the north of France to attend a memorial service for the servicemen.

The Commonwealth War Grave Commission has experienced an increase in ancestors and family members conducting their own investigations into what happened to their loved ones during the war.

Andy says he started doing the research so that his father could finally discover what happened to his brother.  While Harry, Andy’s father, died this year he did live to learn the fate of his brother and even visited the French town where his brother died, The Telegraph reports.

Andy says that his father was very happy to learn what had happened and to visit the grave of his older brother.  Andy discovered that Bill had taken off with hundreds of other bombers from RAF Melbourne air force base in Yorkshire. They were taking part in a massive bombing raid over eastern France which was then occupied by the Nazis and the area was then being used to manufacture German war equipment.