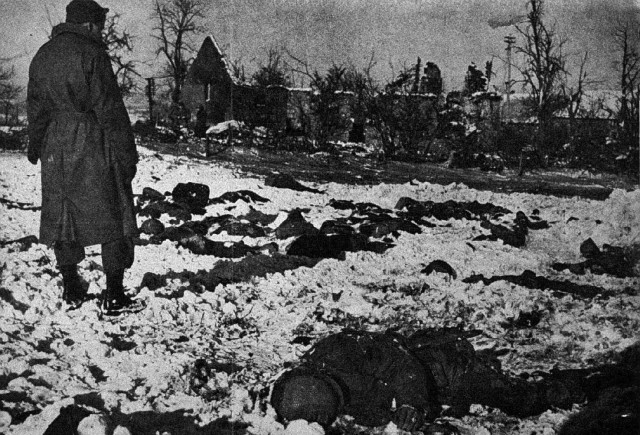 Andreas Schendel is a descendent of two Nazi Waffen SS officers. Both were his uncles and so once World War Two had ended, their role and the war altogether was never spoken of again within his family.

However, in 2005, 60 years after the war had ended, one of his uncles, Heinrich Schendel was convicted along with nine other former Nazi officers for their role in a civilian massacre which killed more than 550 people in the Tuscan region of Italy.

The conviction was delivered to the 10 people by an Italian court, but none of the convicted were in attendance and none of them were ever extradited to Italy to serve their sentence.

The massacre is said to have occurred during the summer of 1944 when the Allies were making good progress in taking the southern frontline further and further north through Italy. The Waffen SS’s 16th Division was battling the Allies and whilst in retreat were leaving an aftermath of devastation behind them. When they reached the village of Sant’Anna do Stazzema they murdered all of the village population including over 130 children.

Heinrich Schendel and his family always denied his part in the massacre. But when he died last year, his nephew decided to act.

“I somehow had to break the silence in the family. I stumbled across the story of Enrico Pieri, a boy who got away and hid in a bean field after his sisters and parents were killed,” says Andreas, a Dresden-based self-defence instructor and writer. “Somehow I figured Enrico would be the one to talk to.”

When Andreas’ uncle died in 2014, he decided that he should connect with what happened. He found out that one of the village’s survivors was a man called Enrico Pieri. Even though he was by then 81 years old, Andreas sent him a letter and they eventually decided that Andreas should go to Italy and meet with Enrico.

Today a museum and peace park has been built on the site of the village, which aside from that has been deserted. Enrico’s parents’ house was long since abandoned but persimmon trees that they planted before the war still flower every year. The only room in the house that is still intact is the kitchen, however it is the room in which the Nazi troops killed Enrico’s entire family along with another family right in front of him.

He and a girl from the other family were the only survivors as they ran and hid in an under-stairs cupboard. Enrico says the Germans were in his house no longer than half an hour.

Andreas and Enrico met at the village church, where more than 100 of the villagers were killed in broad daylight and their remains burnt, the BBC News reports.

When they first met the two men hugged in the emotion, but Enrico says that after the meeting and Andreas was due to leave they just shook hands, which told him that there were still wounds that would never heal.

Andreas was struck with devastation when he saw old photographs taken of the children killed by the Nazis. Andreas said that the purpose of his trip was not to get Enrico to forgive his uncle.