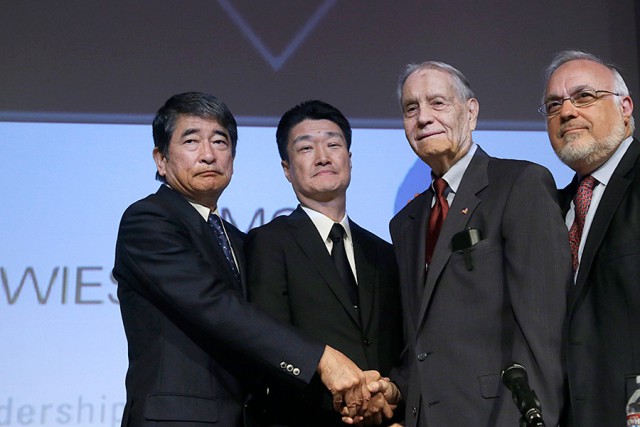 Japanese motor car and technology company, Mitsubishi has announced that it will be making a formal apology to British prisoners of war during World War Two, which were used by the company for slave labour.

The company already recently made apologies to American prisoners of war.

Yukio Okamoto, a spokesperson for Mitsubishi, said that it intends to make apologies to those prisoners of war who were used by the company in terrible conditions during the war. Along with Americans and British soldiers, the company also used Chinese, Dutch and Australian soldiers for work during the war. Mitsubishi is acting alone in its apologies which are not connected to a national or government-led initiative.

Okamoto said that in regards to the Chinese slave labourers, a court case is being brought against the company since the veterans are seeking reparations for their treatment by the company in the war years.

In the American apology ceremony, Mitsubishi company leaders bowed and made an official apology to veteran prisoners of war and their family members in Los Angeles this week. Around 900 US servicemen were used by Mitsubishi in its mines and factories during the war.

Attendees at the ceremony said that the executives were sincere and genuine in their apology. While they acknowledged that the company’s current day executives could not be held responsible, attendees said it meant a great deal for them to be apologizing for their company’s action 70 years ago, The Telegraph reports.

One attendee said that the apology will help many move on from what happened to them all those years ago.