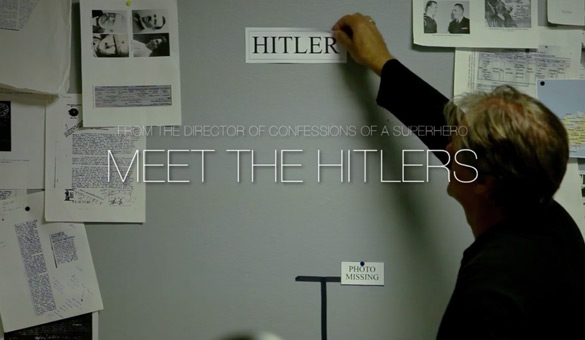 Howard Stuart-Houston died in 1989 at the age of just 32 in an unexpected car accident. But since his death it has been revealed that he was in fact the great nephew of Adolf Hitler.

While alive Howard and his family kept the secret of being related to Hitler and never discussed it with those outside of the family. They had made a great effort to keep the secret hidden over the years.

Howard was a tax inspector and lived in Long Island, New York, and his family’s story has been made into a new documentary called ‘Meet the Hitlers’.

The short film tells the story of Howard and his family and how they kept their secret. Howard’s best friend, Joe Sirhan, was the only person close to Howard who knew about his family’s secret. Joe says that Howard told him when his father died.

Joe says that while it did take some time to sink in it didn’t change what he thought about Howard. Through the documentary, Joe says that he wants people to know that Howard was a wonderful and nice person. He says that he was normal just like everyone else, he was a science fiction fan and loved Star Trek and Star Wars.

Joe even remembers Willy, Howard’s dad, and says that he was a lovely person and made people laugh.

It was Howard’s father’s father, Alois, who was Hitler’s half-brother. Alois left Germany for Ireland before even World War One began. Alois married a local Irish girl and they moved to Liverpool in the north of England and had a son called William.

In his early 20s, William moved back to Germany and lived in Berlin for a time. But as the Nazi party began to grow and increase in influence he left and moved with his mother to America, just as World War Two was beginning.

William had no qualms about being connected to Hitler, and even made money from his celebrity giving talks about his uncle and why he hated him.

William even enlisted with the US Navy and went to fight in the Pacific theatre of war against the Japanese. After the war ended, William returned to the US. He settled in New York, got married and had children. In the post-war years his surname began to become a problem and so he decided to change the family name to Stuart-Houston, the Express reports.

William had four sons, one of whom was Howard. Joe says that the family were all scared that their past would catch up with them and kept to themselves. None of William’s four sons ever got married or had children.