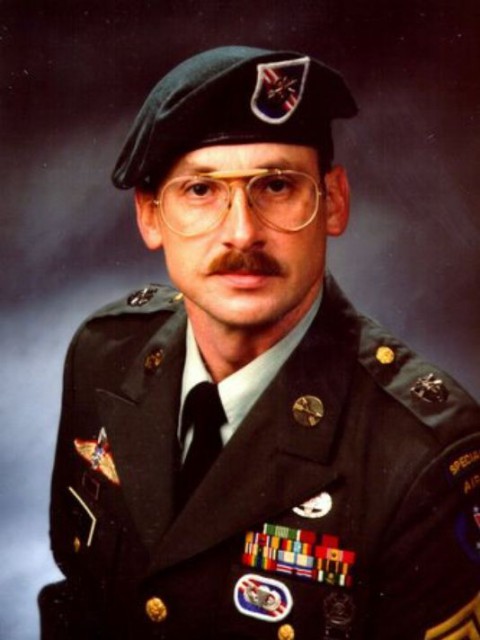 A 59 year old soldier might be the longest serving US serviceman. Sergeant Major Michael Jarnevic joined the US military during the Vietnam War in 1973 and has been serving ever since. Michael is planning to finally retire in July this year.

Michael is thought to be the last serviceman to still be actively serving and who fought in the Vietnam War.

During his military career, Michael has served in Vietnam, Honduras, Iraq and Afghanistan. Michael’s last assignment was managing the work of military analysts to gather intelligence of the Islamic State group in the Middle East.

Originally from Montana, Michael began his army career at the Marine Corps Recruit Depot San Diego in 1973. He says he had seen a Marine Corps recruiter in his local town when he was a kid and decided that that is what he wanted to do.

Once Michael graduated from high school he joined the Marine’s training boot camp. His first tour was Vietnam. When serving there he recalls the news that President Nixon had resigned and that they knew it would give the North Vietnamese troops renewed hope to win their fight.

Michael and his regiment were evacuated out of Da Nang and sent back to California not long after. Michael trained as an armorer and then joined the Marine Corps Reserve, working as part of the military police in Colorado.

When on duty in Colorado he met the Green Berets who convinced him he should join the Special Forces unit. Michael was intrigued and thought it would be an ideal mix of travel and teaching which he enjoyed.

Michael gained his master’s degree in the 90s and he began to teach history and military science at the University of Montana.

Michael recalls how the army was a culture shock for him at the time. His time with the Special Forces took him all around the world. He served in Central America during the Cold War as an adviser and trained the locals to fight. Michael then went on to train as a medic, serving in Iraq during the first Gulf War, the Marine Corps Times reports.

Michael was almost forced to retire in 2004 after 34 years of service, but was granted a reprieve and re-enlisted for another 11 years. He believes this was due to the army wanting to retain as many Special Forces as possible, particularly in the wake of 9/11.