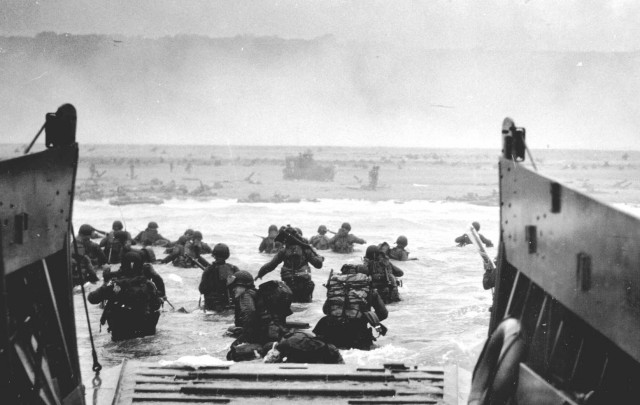 Independence Day on the 4th July ensures that the US recalls and commemorates those people who have given their lives for freedom.

One World War Two veteran who took part in the D-Day Landings at Normandy in France has recalled his experience but says there is no way he would want to go through it again.

Lloyd Gneiting says he remembers enjoying his time with the troops and being part of the military, when he was a combat engineer for four years during the war.

Lloyd received five Bronze Stars for his service and says that landing on Normandy Beach was the worst experience and sight he has ever seen.

After the Normandy beach landings, Lloyd says that nothing can compare with what they came across when they finally made it to Germany and found the concentration camps. Lloyd says he and his fellow servicemen were about two hours too late, as just before they arrived the Germans had gassed some of the final prisoners, stripped them of their clothes and left them to die.

Lloyd says that one of their first tasks was to dig massive trenches in which to bury the hundreds of dead bodies that littered the grounds of the camp.

For a long time Lloyd says that he couldn’t talk about what he saw and experienced in Europe during the war, but now says that he wants to share his knowledge if only to stop it from ever happening again, and so that future generations understand what he and his fellow troops were fighting for.

The D-Day Landings was the first step in the Allies taking back occupied Europe from the Nazis, but the losses were immense, with around 160,000 men landing on the Normandy beaches on the 6th June 1944. Around 10,000 men were wounded on the first day, with an estimate of 4,000 dead, the Local News 8 reports.

From the initial landings it took another 11 months before Allied and Soviet troops would descend on central Berlin causing Hitler to commit suicide. Over the first three or four months of 1945 more than two million German troops surrendered themselves to Allied and Soviet forces. By 8th May 1945 most of Europe had been liberated and the day was declared VE Day across the world.