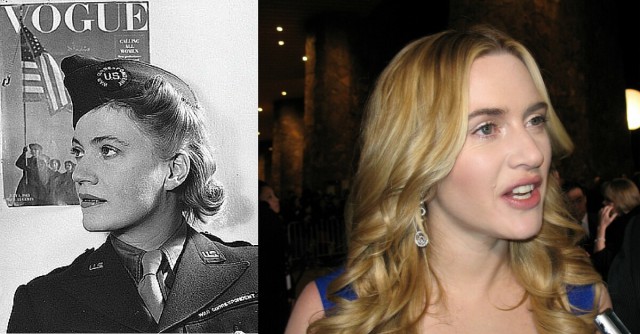 Actress Kate Winslet is reportedly set to play renowned WWII photojournalist Lee Miller who was acclaimed for her works for Vogue during the Second World War.

Miller chronicled vital WWII events like the London Blitz and the Paris liberation. Additionally, the WWII photojournalist was able to take haunting photos of the notorious Nazi concentration camps Buchenwald and Dachau.

The upcoming WWII film will be made under Hopscotch Features with Troy Lum and Andrew Mason at its helm. Reportedly, the movie will be based from the book The Lives of Lee Miller, the biography of the WWII journalist written by her son, Anthony Penrose. In addition to this, Penrose is said to have given the project the additional exclusive privilege of accessing the archives, photos and diaries of the WWII photojournalist — all for the sake of the planned WWII movie.

Meanwhile, Miss Winslet is lauded with praises for her exceptional acting in the recently released Steve Jobs.