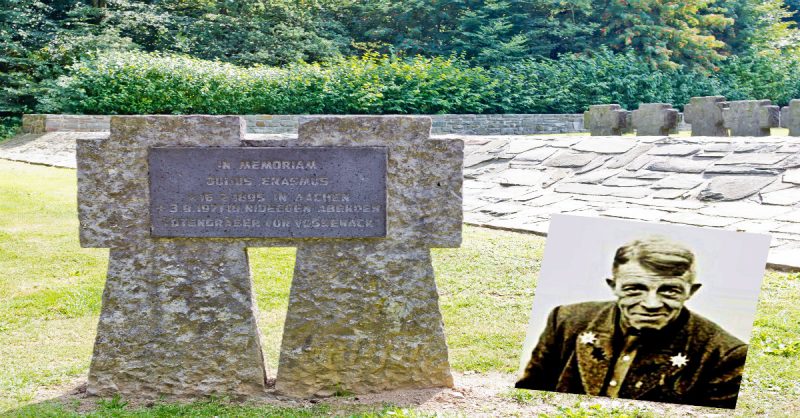 Julius Erasmus lost everything in the Second World War but that did not stop him from doing what others neglected to do after the conflict ended — give countless fallen soldiers – friend or foe alike – decent and proper burials. Get to know the awesome and touching story of this honored hero who personally bury, or help in the burial of, 1569 fallen WWII soldiers.

Julius Erasmus grew up in Aachen, Germany and had worked as a textile manufacturer before WWII broke out. Eventually, he joined the German army – the Wehrmacht – and rose up the ranks as captain. It was during this time that he took part in the Battle of Hürtgen Forest [Schlacht im Hürtgenwald, as it is called in German] with an engineer unit. 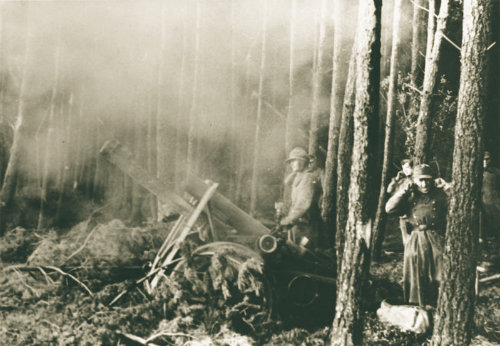 But then after going through the remainder of the war as a POW and returning home summer of 1945, Julius Erasmus made a very grim discovery — his whole family had been killed during the Battle of Aachen while his home and all his possessions were either destroyed or looted.

It was then that the grief-stricken Julius Erasmus decided to move to a cabin in Hürtgenwald where he had been serving just a few months earlier. As this place saw some of the most gruesome fighting of the Second World War, dead literally littered across the Hürtgenwald. Cadavers of fallen WWII soldiers could be found in the roadside ditches going to town as well as underneath the forest trees torn by artillery and the clumps of forest underbrush. 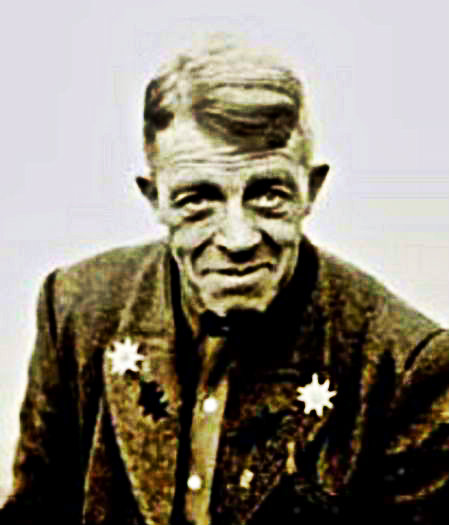 And while others decided to ignore these remains, unless they posed as health hazards, Julius Erasmus couldn’t stand seeing them lying there in the open.

“I couldn’t stand seeing them lying around there, unburied and forgotten. It kept bothering me,” was the answer Julius Erasmus gave when he was asked why he did what he did during a postwar interview.

The Making of the German Military Cemetery in Vossenack

On his own, Julius Erasmus started to collect and bury dead soldiers of whatever nation he could find. However, he did not just dug out holes for the remains of these fallen fighters. He took the pains in trying to identify each body he found so that he could put a name to their graves.

Julis Erasmus buried the first 120 dead bodies he collected at the edge of the Hürtgenwald forest before the local community gave him a plot of land within the area known as Hill 470 in the military maps. This said area was one of the hardest fought during the Battle of Hürtgen Forest. 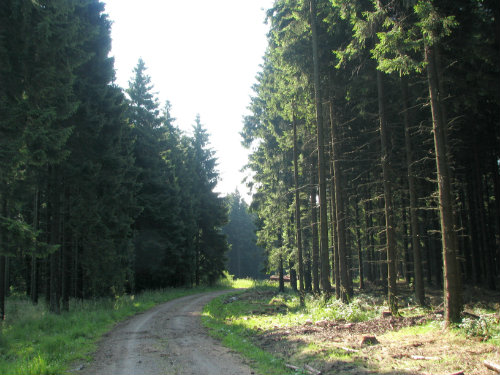 Julius Erasmus worked alone summer of 1945, collecting and burying those fallen during the war. In the course of time, residents from surrounding towns and villages who saw his efforts decided to join him in ones and twos. Steadily, the group grew into an army of volunteers.

Collecting and identifying the bodies of fallen soldiers before burying them was no easy task. It was not just very exhausting physically and emotionally, it was very dangerous as well. Reportedly, about a hundred of the volunteers who joined Julius Erasmus in his effort to give the dead soldiers of whatever nation proper and decent burials ended up dead themselves. Their deaths were caused by some leftovers from the war — mines and unexploded ordnance. One of those killed was the mayor of Vossenack, Baptist Linzenich.

By the time the then West Germany government officially designated the German Military Cemetery in Vossenack in 1952, Julius Erasmus had already buried and helped bury a total of 1569 soldiers who died during the second worldwide conflict.

Where is Julius Erasmus?

It was that very same year that Julius Erasmus suddenly disappeared without leaving any trace. His disappearance led him to become somewhat of an enigma in Germany. It was not until these recent years that it was discovered what happened to him.

Julius Erasmus had moved to Nideggen-Abenden in the Eifel Mountains and eventually died there in September 3, 1971. 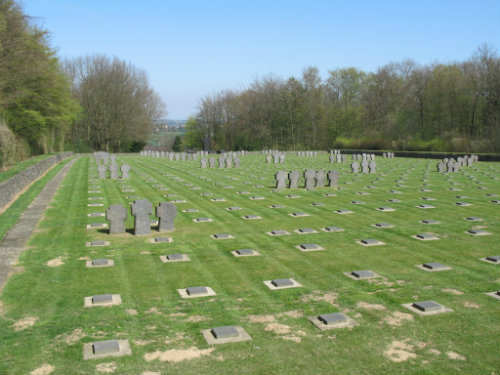 As of now, there are 2221 soldiers laid to rest in Vossenack. This number represent four nations with 930 remaining unknown to this date.

All these were the result of the work started by Julius Erasmus, Hürtgenwald’s grave digger.

Julius Erasmus is credited as the founder of the Vossenack cemetery.