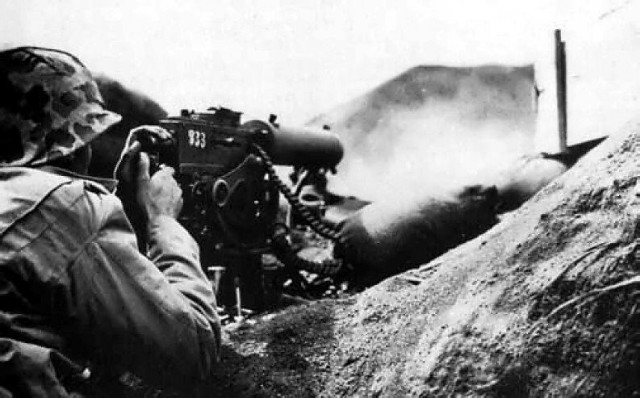 94 year old John Keith Wells, a decorated veteran of the Battle of Iwo Jima, has recently been laid to rest. Born on February 5th 1922, in Lakeside Texas, he grew up working on his parents’ farm where he became something of a Jack-of-all trades with an independent streak – as do most farmers.

He attended the local high school then studied at the Texas A & M for three years before joining the Marine Corps in 1942. He was sent for officer-training, followed by parachute training after which he was sent to Guadalcanal for a time. On his return, he was given command of the 3rd platoon, Easy Company, 28th Marines, which was to take part in the Battle of Iwo Jima.

Iwo Jima is a Pacific Island which lies approximately 660 miles south of Tokyo. It was seen as strategically important to both the Japanese and the United States. The island had three airfields and would therefore be an ideal staging area from which to launch air strikes on Japan. Capturing it would prevent the Japanese from launching fighter planes which would intercept American bombers and it would prevent their attacks, especially Kamikaze attacks, on other nearby American island bases. 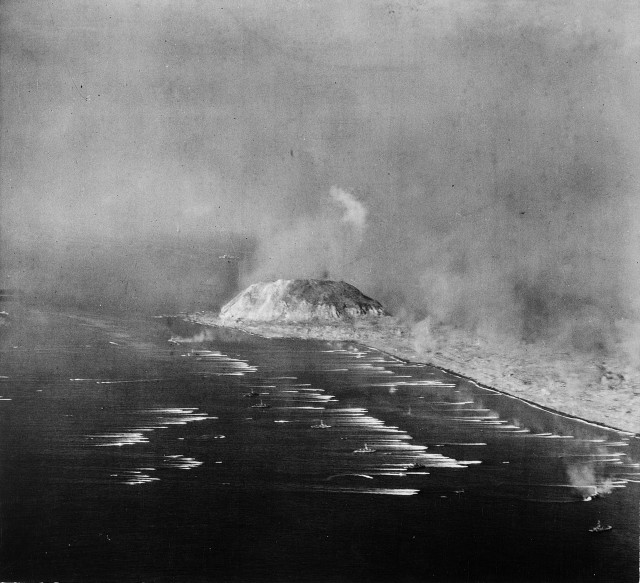 In spite of the heavy Naval and air bombardment of the island for some time before the actual assault took place, the Japanese  were still well-prepared for the invasion and the US troops met up with far more resistance than was expected. The casualties by the end of the battle, which lasted for 36 days, were enormous, with about 6800 killed and approximately 20 000 injured – very heavy losses indeed.

The assault on the island began on 19th February 1945, when a total of 110 000 men from the American Forces were landed on the beaches and took up positions ready for battle. Wells’ group was allocated to a position at the base of Mt Suribachi where they dug in.

When the order came for a frontal attack on the Suribachi, Wells, we are told, felt this was tantamount to a suicide mission and could not give the order to attack. He however, in spite of a lack of covering fire, rose from his foxhole and with rifle at the ready, advanced across the open land towards the mountain.

His marines, taking his lead, followed him and despite terrible losses managed to place the first flag on the mountain. Although Wells himself was injured in the assault, he continued to lead his men. Even when he was no longer able to move because of his wounds, he selected a spot from where he could guide and direct them. He was eventually evacuated to the hospital ship where, not withstanding his injuries, (he dosed himself with painkillers) he managed to wangle himself back onto the battlefield.

Well’s was clearly made of the stuff of which good leaders are made. He was however, ordered to hand over leadership to his second in command and sent back to the hospital ship, so never himself got to the top of Mt Suribachi. 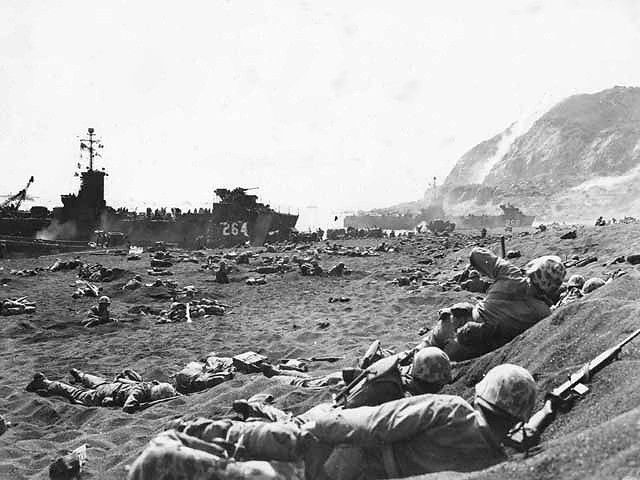 It was his platoon however, which managed the placing of the first flag upon the mountain, and it was through his leadership that so many of the Japanese placements were put out of action. For his spirited leadership, for bravery under excessive fire and for continuing to direct his troops in spite of his injuries, he received the Navy Cross. He was also awarded the Bronze Star and the Purple Heart. In one citation it reads – “by his leadership and indomitable fighting spirit, 1st Lt Wells contributed materially to the destruction of at least 25 Japanese placements.” He was a really brave leader.

The heroic attack on Mount Suribachi was recorded for posterity in a famous photograph, taken by Joe Rosenthal. The photography of the marines raising the US flag on the very top mountain of the mountain, has become an iconic image. This was in actual fact the moment of the raising of the second and larger (replacement) flag. The photograph had such a strong impact that it struck a chord with the American Public. It was a moment of great importance for the morale of the USA soldiers involved there as well as for the US nation at large. The victory of the Americans over the Japanese Imperial Army at the Battle of Iwo Jima was also commemorated on a stamp based on that same photograph. Later and more poignantly important of all, the photograph was used as a base for a memorial statue which was placed at the Arlington National Cemetery. It is dedicated to all United States Marine Corps personnel who lost their lives in service to the USA. 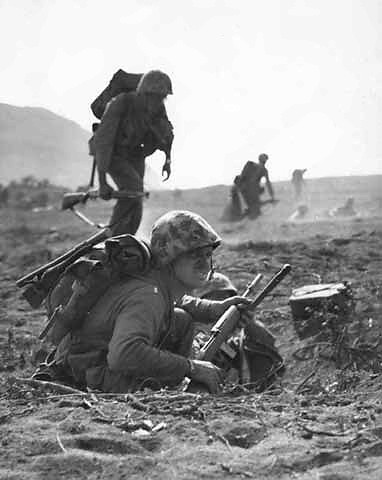 After the war, Wells left the service and furthered his education at the Texas Technical College where he completed a degree in petroleum geology. He then went into the oil business where over the years he was involved in oil exploration.

John Keith Wells died on February 11th 2016 and is survived by his sons John and Wes, his daughter Connie, 11 grandchildren and 22 grandchildren. He is remembered for his leadership and his heroism in the Iwo Jima assault, but more importantly, by his family for being a “warm, sensitive and spiritual man.” In the words of his daughter, Connie, “He honoured and loved the Marine Corps with all his heart and soul. He loved his family and his last words were – ‘my family.’ “

He was truly a member of the ‘Greatest Generation’ and his bravery will always be remembered.