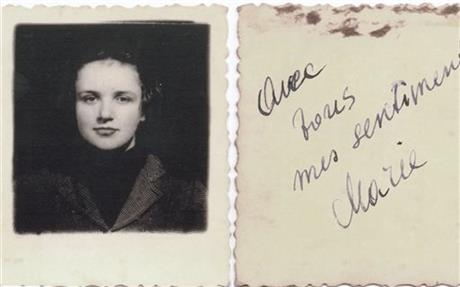 During World War II, there was one Japanese tourist who did the unthinkable.  When Europeans were seeking shelter from the Nazis, Tatsuo Osako was there to help.  Nearly 75 years later, he said that he helped seven refugees find shelter.

As a show of appreciation and gratitude, the refugees gave Osako photographs of themselves. After the photos had appeared on the internet, four of them were identified. The photos given to Osako were from the one man and six women he had helped between the years of 1940 to 1941.

Historians and researchers investigated WWII archives and looked at passenger manifests to verify the story.  These months spent looking through the archives turned up affirmations that stated that those refugees had just barely escaped.  The files also showed that the refugees traveled by trains and ships.  What is most important of all is that these archives revealed that many Japanese people had offered help to the Jews and other civilians to flee from Europe.

Osako, who died in 2003, was a tourism bureau clerk in Tsuruga, Japan.  He had assisted the Jewish and European refugees who were making their way from Russia’s Pacific port of Vladivostok across the sea to Japan just before the bombing of Pearl Harbor.  Osako distributed money that was provided by Jewish agencies.

The refugees began their journeys as the Germans started invading Poland on September 1, 1939. The man and four women eventually made it to the United States.  The fate of the other two women is unknown, as is their religion.  However, researchers believe they were also Jewish.

Three of the refugees’ descendants were tracked down with help from Kiyotaka Fukushima from Chiba, Japan, and Mark Halpern, who was a retired business executive from West Chester, Pennsylvania.  Some of the descendants met the researchers in New York along with Osako’s colleague, Akira Kitade.

The researchers and historians used the International Tracing Service in Germany and online databases and archives.  With those resources, the researchers were able to identify four of the seven people.

A woman in one of the photos is known as Sonia Reed.  She was identified in 2014 when a Canadian relative noticed her photo online.  The website that showed Reed’s photo concerned Israel’s Holocaust memorial.  The director of the website agreed to post the photos after Kitade had asked the Israeli embassy in Tokyo to help.

This year, in 2015, other refugees identified are:

There was some information on the backs of the photographs, including some full or partial names of the people, making it easier to identify them.  One of the photos was of the two unidentified women, and there was a message in French with the name Marie written on it.  That is the only lead researchers have currently, and they are still working on identifying the women.

Kitade said that the Japanese people knew that they and the Jewish people had important roles to play, and those ordinary Japanese citizens went through great measures to help those in need.  Kitade also said that Osako stood by to help any refugee, taking a special interest in each and every refugee who came his way.  He cared about their well-being after their long voyages to either Japan or the United States.