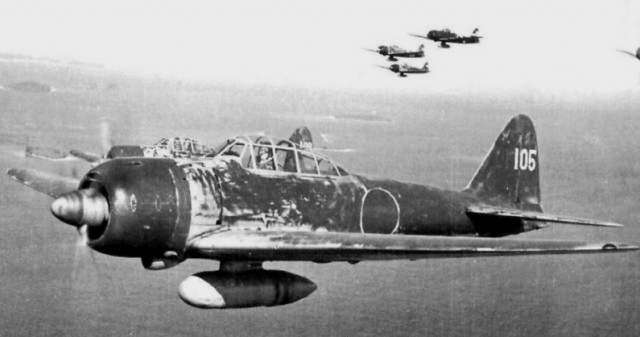 A Japanese World War Two veteran has told how the world can’t forget the horror of war. Kaname Harada is now 99 years old, and during the war was a ‘Zero’ fighter.

It’s been 70 years since US Superfortress bombers dropped two atomic bombs on Japan ensuring that World War Two would come to an end.

Kaname flew one of Japan’s most famous fighter planes, the Mitsubishi A6M Zero, which could travel long distances on missions. The aircraft was operated by the Japanese Navy during the war.

Kaname remembers how the Zero fighter was feared by the enemy. He says that its bullets would disintegrate enemy aircraft and that [in the early years of the war] there was no victory against them.

Nevertheless many Japanese pilots lost their lives in the air war that took place in the skies over Japan and the Pacific.

The Zero was used for kamikaze missions later in the war, as the Japanese became more and more desperate to turn the tide on the advancing US troops. The kamikaze pilots would fly their planes loaded with bombs and explosives straight into US and Allied warships stationed in the Pacific.

Kaname says that those pilots who were chosen to fly kamikaze missions were considered lucky to be offered such an honourable mission. He says that there were no feelings of guilt among the pilots, just that they had a job to do and would do it for their country.

“Men given such an honorable place would be considered lucky,” Harada said. “So there was absolutely no guilt, but the feeling of ‘Alright, I am going to do my work. This is my last service to my country.'”

Kaname says that before the war he would never have wanted to hurt other people, but it is war that makes you kill another human being, the CNN Edition reports.

He remembers how the enemy would wave and try to stop them doing their jobs, but that they would continue or they would be killed themselves.

In his old age, Kaname is eager to spread a message of peace to the Japanese people and warn them of the misery of war.  He says if nothing but to atone for his own actions during the war.

Kaname suggests that Japan’s younger generation have only experienced peace and it is up to the last surviving war veterans to remind them of the devastation of war.