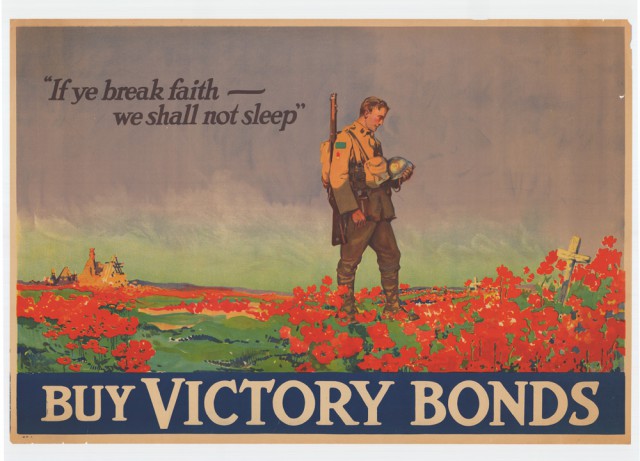 “We are the Dead. Short days ago
We lived, felt dawn, saw sunset glow,
Loved and were loved, and now we lie
In Flanders fields.”

Those words, taken from John McCrae’s iconic war poem, movingly remind the reader of the sadness of war – young lives snuffed out before they had a chance to flower.

Born in Ontario, Canada in 1872, Lieutenant Colonel John McCrae was the grandson of Scottish immigrants. By 1893 John was training as an artilleryman at Ontario’s Royal Military College of Canada. By 1894, he was writing his first poems. Subsequently choosing a career in medicine McCrae obtained a position with Montreal General Hospital. Other medical appointments followed, and after serving in the Second Boer war he returned to Canada where he became Professor of Pathology at Vermont University.

In 1914, Britain declared war on Germany, and John McCrae – now a Major – was appointed as second in command and surgeon of the First Brigade Canadian Field Artillery.  April 1915 found him in a trench in Belgium, treating wounded soldiers as the second battle of Ypres raged around him. By the time the battle was over, almost a month later, the Canadian forces had lost 1000 men killed, with almost another 5000 wounded. A Canadian Army Medical Service Captain won the Victoria Cross – Britain’s highest military honour for his bravery under fire.

After the battle, John McCrae was ordered – much to his irritation – to proceed to Northern France to establish a military hospital. McCrae wanted to stay where the action was, saying at the time ‘all the goddamn doctors in the world will not win this bloody war: what we need is more and more fighting men’.  One of his close friends was killed at Ypres, and it was this man’s funeral that moved John McCrae to write ‘In Flanders Fields’, the war poem that has moved and inspired people ever since.

A new Park in Griesbach, North Edmonton, Canada now has a special memorial in honour of McCrae and his poem. Flanders field park features a bronze plaque showing an image of McCrae’s original hand-written poem, while storyboards tell of the poem’s inspiration and its connection with Remembrance Sunday.  Pathways in the park are designed to symbolise First World War trenches, with accompanying beds of red poppies lying nearby.

John McCrae died of pneumonia on January 18th, 1918 aged 46. He was buried in Wimereux Cemetery, Wimereux, France. The red poppies of Flanders fields have remained a poignant symbol of the First World War, and of those who died in all subsequent armed conflicts.