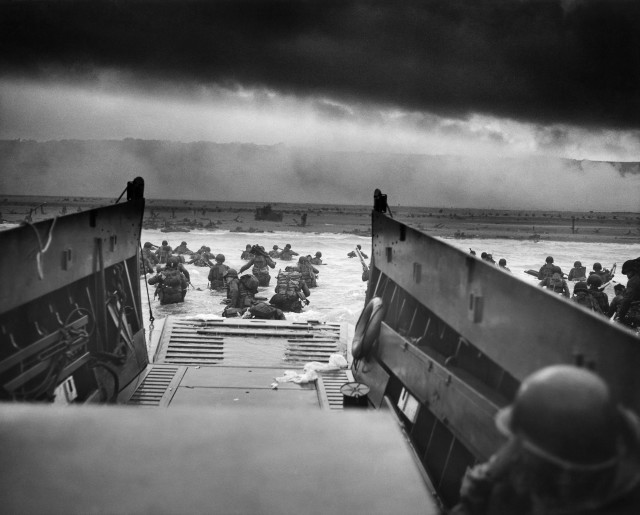 On 25th February 2016, Edward Sweeney and his wife, Rita, will watch the graduation of 39 recruits who will leave the Irish Naval Service base in Cork Harbour with the rank of Ordinary Seaman. This class, ‘Recruit Class Sweeney’, has been named in honour of his father, Ted Sweeney, for the service provided to the Allied High Command at the time of the D-Day Landings.

During WWII, Ireland retained its neutrality but, under a pre-independence agreement, it continued to supply meteorological information to Britain. Ted Sweeney was, in 1944, a member of the Irish Coast Guard as well as the lighthouse keeper from Blacksod in County Mayo. The data concerning the prevailing westerly weather systems was supplied first by Blacksod, as this station was the farthermost west land-based station, where there was a professional to take and interpret the weather readings.

The Allied Supreme Commander, General Dwight D Eisenhower, had planned the D-Day Landings to take place on 5th July 1944 with the following two days in reserve as the moon and tide forecast was perfect for a sea-borne armada to make landfall.   Sweeny sent his first report at 2:00am on 3rd June 1944 in which he indicated that the weather for 5th June was going to be wet and windy and not suitable  for the invasion.

This caused Gen. Eisenhower to delay the invasion by 24 hours. Sweeney’s next report came in at 4th June at 12:00pm and his interpretation of the weather indicated that the invasion on the  6th June would have favourable weather. Based upon this report Gen. Eisenhower gave the go ahead for Operation Overlord to take place, setting in motion over 5,000 ships carrying 156,000 men, and supported by 11,000 aircraft.

The meteorological reports contributed significantly to the success of the landings and the subsequent liberation of France and the downfall of Hitler. If Gen. Eisenhower did not have access to this metrological information he may have authorised Overlord to start one day early and had it compromised by inclement weather. In recognition of this fact, the latest recruit class at Haulbowline Naval Base in Cork Harbour was named in Ted Sweeney’s honour.

These young recruits drawn both from the UK and from 14 counties within Ireland have taken Ted Sweeney’s dedication to heart. During the five months of their instruction they raised money in support of several charities. The most notable contribution was the €6,050 raised to support Lexie O’Riordan, a four year old little girl suffering from a rare genetic disorder, Microvillus Inclusion Disease.

This insidious disease claimed the life of her elder sister, and Lexie’s only hope is an organ transplant, now brought that much closer due to the ‘rowathon’ fund raising efforts of this group of young people. Lexie and her parents attended the graduation ceremony where they were presented with their cheque by the first graduates of Recruit Class Sweeney.