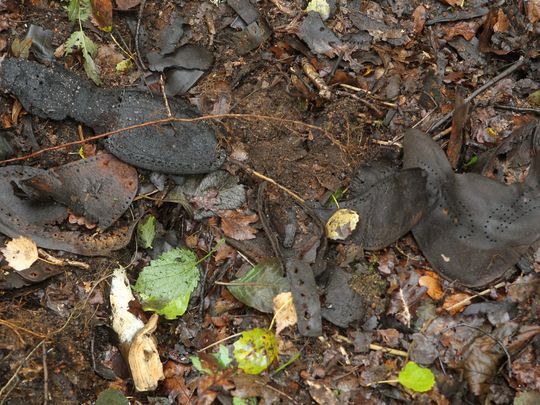 In the beautiful, wooded countryside of northern Poland, about 20 miles east of the coastal city of Gdańsk, lies the small town of Sztutowo. Under Nazi occupation during the Second World War, the city was known as Stutthof, and it gave its name to a concentration camp constructed nearby by the German occupiers. Stutthof, though one of the lesser known names in the history of the Holocaust, was, in fact, an important camp in the Nazi extermination programme.

The camp at Stutthof was built in a secluded patch of natural forest on the outskirts of the town. It was the first concentration camp to be built outside Germany by the Nazis, who went on to establish many others in Polish territory. There were a few buildings already there which had, before the war, served as a prison for dissident Polish and Jewish intellectuals. Germany at that time controlled the city of Gdańsk itself, called the Free City of Danzig.

After occupying Poland and taking over the camp, it was initially expanded to accommodate 3500 prisoners. The Germans enlarged it several times, and when the camp was included in the “Final Solution” in June 1944, it was equipped with a gas chamber that could take 150 prisoners at a time, mobile gas wagons to increase the capacity, and a crematorium to destroy the evidence of the murders. In total, the camp housed 110,000 prisoners during the war, of whom about 85,000 were killed. There is evidence that corpses were rendered down to produce soap, as occurred at other death camps.

In the depths of winter at the beginning of 1945, faced with impending defeat, the Germans began evacuating their extermination camps, taking the surviving prisoners on long, futile “death marches” through the Polish and German countryside, shooting or otherwise brutally murdering them or just starving them to death. 50,000 prisoners were evacuated from Stutthof, about 25,000 of whom were killed on the marches; many were marched into the sea on the coast near Gdańsk and gunned down. When Stutthof was finally liberated by the Soviet Red Army on 9th May 1945, they found a mere 100 prisoners remaining there – those who had managed to hide when the Nazis were evacuating the camp. It was the last German concentration camp to be liberated.

Like many of the former concentration camps, Stutthof has a significant museum at the heart of its remembrance. The museum contains many artefacts on display and an enormous archive of documents and other evidence to bear witness to the horrors of those times.

Recently, a party of hikers exploring the surroundings stumbled upon a massive dump of objects dating from the war but hidden in the woods ever since. The gruesome find included great numbers of shoes, prison uniforms, belts and other items of clothing scattered over an area of hundreds of square feet. In places, these objects were piled up to a foot high. 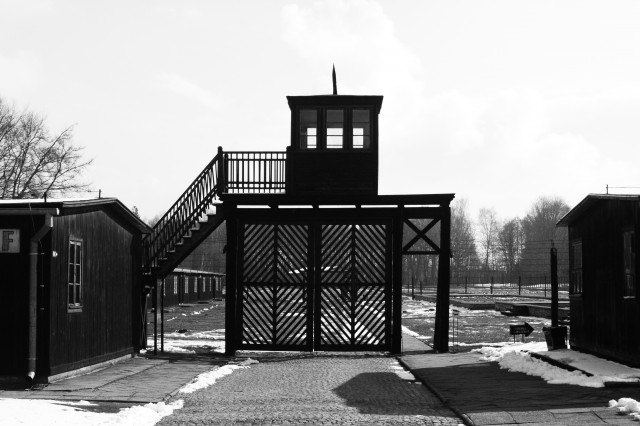 The head of the Stutthof museum’s archives department, Danuta Drywa, said that it was almost sure that these objects belonged to the prisoners of the camp. The presence of shoes is puzzling because, usually, confiscated shoes would have been sent to Germany to be reused there by other people. Drywa said that it was baffling that the objects had never been reported before since they were so close to the museum. The camp covers quite a large area, which includes open space and woodland, which could explain how these objects could have escaped notice until now.

“KZSHOF” by Pipodesign Philipp P Egli – Own work. Licensed under CC BY 3.0 via Commons.