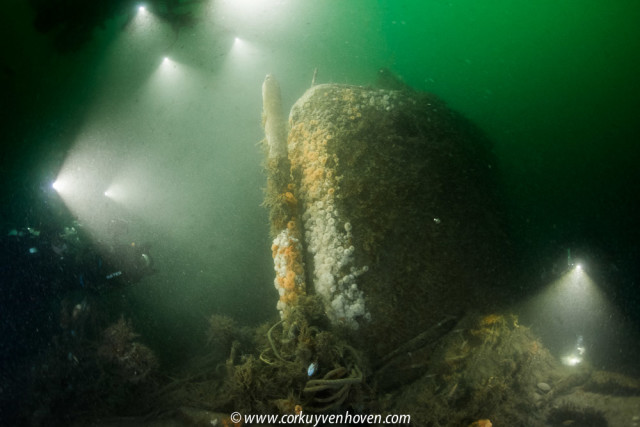 The team from ScottishPower Renewables (SPR) were hard at work with their partner Vattenfall on a two-year project scanning 6000 square kilometres of the seafloor of the southern end of the North Sea.

SPR had embarked on a new project to install a wind farm to take advantage of the continuous wind in the North Sea. Knowing that this area was littered with sunken ships, many of them of naval origin, they were busy conducting an advanced sonar sweep.

In addition to wrecks there are many other obstacles on the seafloor that need to be taken into account when ensuring that the project would move forward smoothly and safely. But the most important considerations are the sunken ships; the wrecks would all be plotted carefully and the placement of the turbines would be done in such a manner as to avoid the wrecks, especially those designated as war graves.

The scanning done by the Dutch company Fugro was progressing according to schedule when suddenly, in September of 2012, the image that appeared astounded everyone looking at the output. They were approximately 90 kilometres off the coast of Norfolk and Suffolk when they found lying there on the seabed the distinctive cigar-shaped outline of what could only be a submarine.

There was no recorded wreck at this location so it was reported to the relevant authorities, including the Receiver of the Wreck (RoW). In addition to contacting the British authorities the company also contacted the Dutch Navy, as Fugro was aware the Dutch navy was still looking for one of their WWII submarines HNLMS 013, which had gone missing in June of 1944 and was never found. They were hoping that this find could be the missing Dutch submarine. 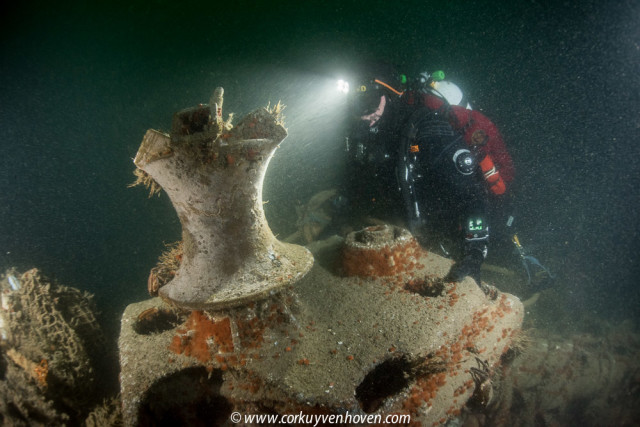 The diving conditions in the North Sea are very poor, with the visibility often extremely limited and the weather difficult and unpredictable. Eventually, after four years, divers surveyed the wreck in good conditions and were able to film it with GoPro cameras. They quickly determined that it was not a Dutch vessel and eventually determined that it was German in origin.

Commander (Retired) Jouke Spoelstra of the RNLNavy/Submarine Service, who heads up Project ‘Search for O-13’ (the Dutch missing submarine), said:

“Whilst it was disappointing from our perspective when we realised the wreck was not that of O-13, we conducted several dives with divers of the minehunter HNLMS Makkum and with a REMUS UAV sonar team with the aim to achieve clearer footage of the wreck and undertake investigative work to ascertain its identity. It wasn’t an easy job and several dives were required before any real progress was made due to the sea conditions surrounding the site, meaning we couldn’t obtain any evidence revealing the exact identity. Fortunately on a recent dive undertaken by the Lamlash North Sea Diving team, they had good conditions and so were able to achieve clear footage and finally identify the wreck.”

The wreck was eventually formally identified as that of the German U-boat U-31, which left its home base of Wilhelmshaven on the 13th of January, 1915 for a patrol in the North Sea. But it was lost with her crew of 31 submariners and four officers. She was found lying upright on the bottom at a depth of 30 meters, with damage to her bow and stern – the theory is that she hit a floating mine, which accounts for the damage.

The submarine was the first of eleven similar Type 31 submarines built for the German navy during WWI.   They were considered excellent boats. During the war eight were sunk, three surrendered and were eventually scrapped, and two were considered missing. Now one of those missing boats has been found.

This wreck has been declared an official war grave, so it will not be disturbed during the building of the wind farm. The descendants of the men that died with their submarine will finally gain the knowledge of what happened to their ancestors; no longer will thirty-five men be missing in action.