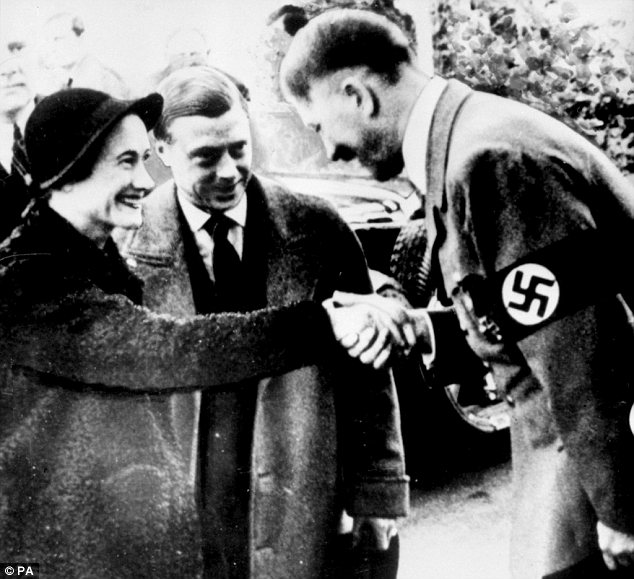 During the early 1900s it was common to find an aversion to communism particularly from the aristocratic classes in Europe and the UK. They feared the same fate as their Russian counterparts who were overthrown, killed or made to flee the country in 1917 when the Russian Revolution took place.

The UK’s then King Edward was particularly pro-Nazi welcomed fascism as he believed that there was a real danger from the spread of communism. The royal family was also well-connected to the German monarchy and aristocracy as Queen Victoria famously married her children to various European counterparts.

It was the German aristocracy that particularly admired Hitler as he rose to power in the 1930s. Members of Germany’s most aristocratic and powerful families were backers and supporters of Hitler and his Nazi regime, including the Hanover, Coburg and Hessen families.

What worked for Britain was that an alliance between Germany and Britain was top of the agenda for the German elite.

In private it was documented that Hitler did not like members of his country’s elite classes, but publicly he knew how important they were to the rise of his party and his leadership. Therefore the relationship with Britain’s royals remained a top priority and was nurtured by all.

By the 1930s, Hitler wanted to know more about the sentiment in the UK and so secretly sent some members of the German aristocracy to England to report back on political and popular thinking and sentiment in the country. Many had secret meetings with British politicians and the monarchy, which was also an opportunity to persuade the British of Nazi party politics.

After all that work, the then King Edward renounced his crown so that he could marry the American Wallis Simpson in 1936. Nevertheless the Nazis continued to liaise with Edward and his brother who succeeded him as king, King George VI.

During the abdication, the Nazis ensured German media remained loyal to the British royals and did not court controversy, which didn’t go unnoticed or appreciated by the British royal family. The German aristocracy moved to cultivate the relationship with King George VI and Queen Elizabeth, noted by the Duke of Coburg who called them ‘Bertie and Elizabeth’.

In 1937 the Nazis paid for the previous King Edward and his new wife Wallis Simpson to visit Germany. Even at this late stage, when we now know that the war was to begin just two years later, it was a great success for the Nazi regime being reported positively across the world’s media.

A year later when Hitler made his first attempt to advance Germany’s borders into the Sudentenland, which had been annexed from Germany after World War One, he went on to claim that he would next take Czechoslovakia. At once, Hitler sent the Duke of Coburg to England to liaise with King George VI and the Queen in order to prevent the British panicking or incurring a backlash.

The public relations campaign worked and Hitler was allowed to take the Sudentenland without retaliation, The Guardian reports.

At the time, the British Prime Minister Chamberlain had an appeasement policy towards Germany, which was underpinned by anti-communist thinking. So Chamberlain was actually pleased that they were able to reach an agreement with Hitler, even though it allowed him to take the Sudentenland.

Queen Mary the King’s mother was also sympathetic towards the Nazis and backed her son and the Prime Minister one hundred percent in the Munich agreement with the Germans over the Sudentenland.

Six months later Hitler did indeed move into to invade Czechoslovakia. The British monarchy and elite began to liaise with their German aristocratic counterparts in the hopes of preventing a war. But by the time Stalin signed the pact with Hitler in 1939 and the two countries invaded Poland together the royals realised that their efforts were useless. Britain and France declared war on Germany.

It was then a year later when the German Luftwaffe blasted England with a massive bombing campaign, now known as the Blitz, that everyone in Britain, including the royals and elites who knew any reconciliation with the Germans was over.