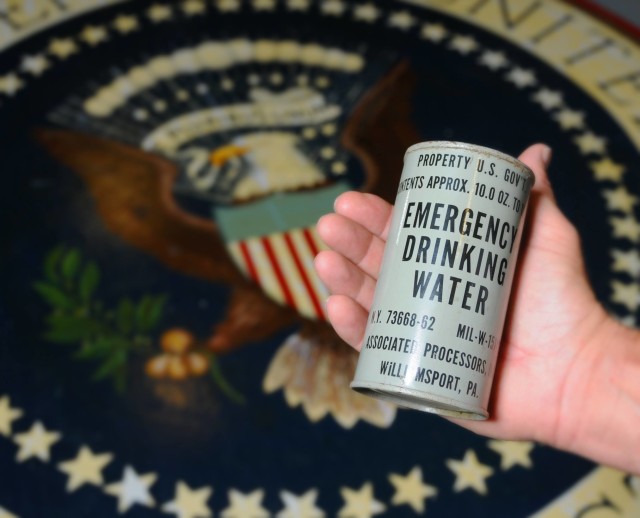 The Port of Palm Beach and the operators of the bunker where President John F. Kennedy would have been protected had World War III erupted while he vacationed in Florida are fighting over its future.

The shelter, once code-named “Hotel” when it was top-secret, is leased by the Palm Beach Maritime Museum, which maintains the facility and operates tours of it. It is located on Peanut Island, which is owned by the port.

Anthony Miller operates the shelter for the museum and believes that the port’s commission and Palm Beach County are starving the site of money so that they have to leave. He says that the commission stopped a $500,000 grant, limited the number of weddings that can take place there (from 30 down to 3 per year), and prevented the building of a restaurant. The lease ends next year.

Miller believes that the port wants to tear the shelter down based on communications he has had with them. “They have been trying to kick us off for 20 years,” he said.

Greg Picken is the lawyer for the port commission. He says that the port does not intend to tear down the bunker. Instead, they hope to find a better caretaker. According to Picken, the museum’s board members are filing lawsuits against each other and that the site needs millions of dollars of repairs that the current lessee is just not providing.

Approximately 200 tourists per week take the boat ride to visit the museum and historical facilities on Peanut Island. The island’s name comes from the failed attempt to ship peanut oil from it around 100 years ago. A Coast Guard station was built on the island in the ’30s, that protected American cargo ships from German U-boats in World War II. The presence of the Coast Guard made Peanut Island an ideal location for the presidential bunker.

The 1600-square-foot bunker was built in 10 days by Navy Seabees. It was designed to be the headquarters for U.S. and NATO forces if the Soviet Union launched a nuclear attack. It was not designed to withstand a direct hit, but would have protected its occupants from nuclear  fallout.

The entrance leads down a 40-foot tunnel to an area where visitors could wash if they registered as radioactive. It could hold the president and 30 members of his family, aides, and military advisers for up to one month. The 12-foot ceiling is made of two metal roofs with 18 inches of cement and 12 feet of dirt sandwiched between them.

Once in the bunker, visitors can see the bunk beds that the residents would have slept on. They can also see where Kennedy would have worked to lead the country through the threat. There are also newer items: photos of Kennedy, copies of newspapers from the days after his assassination and visual aids depicting the atomic threat the bunker was built in fear of. There are also three cats roaming the island – named Jack, Jackie, and Marilyn.

“Fifty years ago, this place was state-of-the-art protection for the most important person in the free world,” Miller said. Today the future of this site is clearly in doubt.