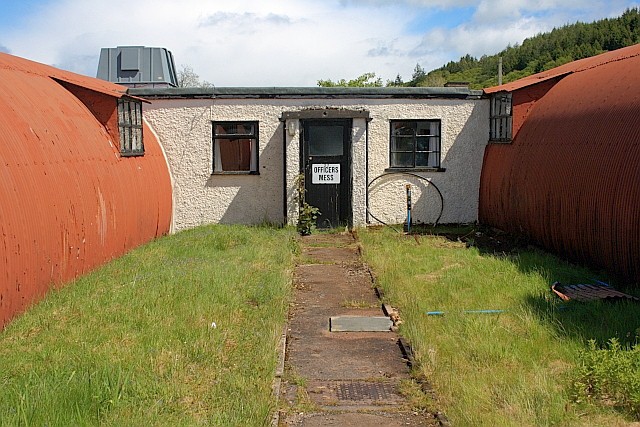 Constructed in 1939, the Cultybraggan Camp near Comrie in Perthshire, Scotland was built to house a large number of German Prisoners of War during and after the Second World War. This historic camp will soon be transformed into a modern tourist accommodation.

During the war the Cultybraggen camp accommodated  up to 40,000 Italian and German POW’s including the deputy of Adolf Hitler, Rudolf Hess. It is believed that a large number of POW’s housed at the camp were the most staunch Nazi loyalists and that most famous of them all was Hess.

It has now been estimated that the ‘heritage hutting’ project along with a number of other initiatives in the Comrie region could potentially boost the local economy by creating 20 full time jobs and earing a revenue of up to £2 million. The Chairwoman of the Comrie Development Trust Emma Margret expressed her gratitude towards the local community, who in her opinion made all this possible. She further added that there are plans for guided tours of the camps for the visitors with information regarding the history of the various parts of the camps. One of the Trustees of the Comrie Development Trust said that this initiative could potentially attract scores of history enthusiasts to the Comrie every year that could create a handsome revenue for the community.

During the Second World War, this campsite was knows as the ‘camp 21’. This camp was the epicenter of the Devizes Plot that unfolded in 1944. The aim was to break loose 250,000 POW’s throughout Britain and to wage a war on Britain from within. Another notorious incident associated with the camp was the killing of five Nazi officers by their fellow prisoners. These Nazi officers were killed because other prisoners saw them as weak Nazis, with their faith on the third Reich weakening day by day, the Mail Online reports.

After the war the camp was used as a training site for over 60 years after it was shut down by the MoD in 2004. The Comrie Development Fund who now owns the site is looking for the individuals to invest in the project that could potentially help transform the abandoned camp into a tourist resort.