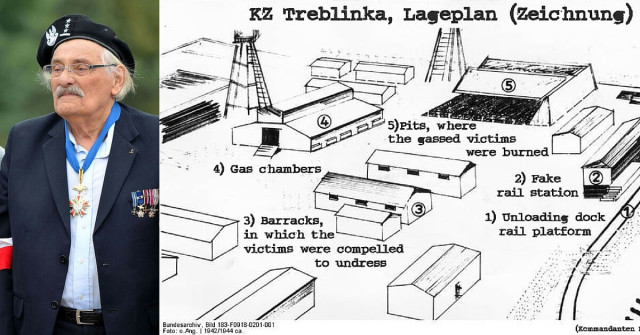 The last remaining survivor of the revolt at the Nazi death camp Treblinka, Samuel Willenberg, died in Israel this month at the age of 93. More murders were facilitated at Treblinka than at most camps under Nazi control; it was the site of  the execution of an estimated 875,000 prisoners. The Treblinka camp had one of the highest death counts among Nazi concentration camps, second only to Auschwitz where upwards of one million people died as a result of starvation, disease, exhaustion, and murder.

Only a small portion of the Jewish and other prisoners that were  sent to Treblinka came to be employed as forced labor. The rest met their fate fairly early on as they were immediately, sent to a gas chamber and gassed to death. Willenberg, was lucky, who had been a bricklayer, was assigned to sorting through the personal belongings of those already en route to their death in the gas chambers.

The men assigned to hard labor knew it was only a matter of time before they would be left physically wrecked, through hardship and overwork,  by the Nazis. Treblinka was the site of one of the few efforts at organized resistance by Concentration Camp victims. On August 2, 1943, a couple of  hundred Jewish prisoners stole weapons, set fire to the camp, and fled to the nearby woods. Unfortunately, most of the fleeing prisoners were either shot by Nazi guards or returned to the camp by local Polish villagers. Of those who attempted to flee, only 67 survived.

Willenberg escaped the camp, but not before he was shot in the leg. He was forced to climb over several corpses covering the barbed wire perimeter fence. He did not look “Jewish“, he was able to pass himself off as a Pole. This helped him to escape the Nazis. Willenberg was able to travel the countryside, making his way to Warsaw and joining the Polish underground. 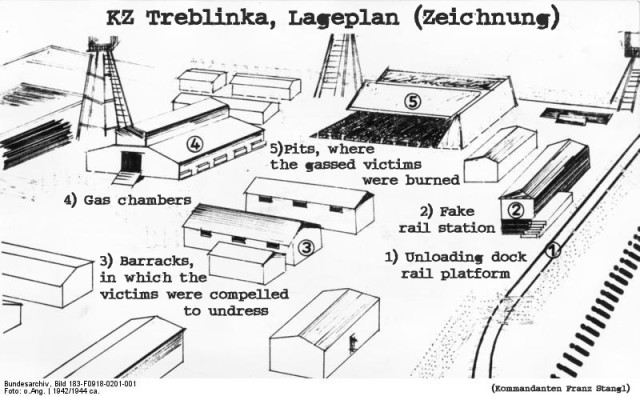 After surviving the war, Willenberg became a Housing Ministry surveyor in Israel. Later in life he began to express his experiences through sculpture. Willenberg displayed scenes of various atrocities from the Holocaust in bronze statues. He frequently relived his time under Nazi control, especially at the camp. His art helped him to cope with his experiences.

Willenberg believes his survival was pure luck and he was fortunate not to have died like his sisters. He discovered his sisters had died in the most brutal matter. . While fulfilling his duties in the camp he came across his sisters’ belongings and in that way came to know of their death. He never could bring himself to tell his parents about his sisters once he reunited with them. Perhaps he believed by not admitting this to his parents, they would be left with some hope that their two daughters would return as well.

Willenberg was a man who had suffered much and he showed exceptionally bravery. He was able to survive the war and live a long and happy life and this was in itself remarkable, after all the horrors he experienced.