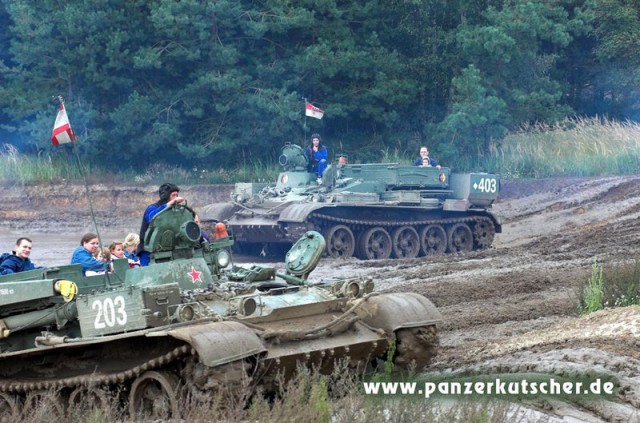 An odd past time that is keeping people occupied in eastern Germany is tank driving. Heyse’s Tank Driving Fun School opened in around 2000 and is still providing tank driving lessons to both military enthusiasts and people who just enjoy driving or want to experience something different.

Heiko Schibilski is 40 and spends a few weekends a year attending the tank school. He first saw a tank in 1983 when he was just eight and the Soviet Union still had a presence in East Germany. The tank was a T-64 and was passing by when one of the Soviet crew asked if he wanted to go for a ride.

Axel Heyse started the school with his brother when together they found an old tank left abandoned at a rubbish dump in the Czech Republic. The brothers had both served in the East German army and so were thrilled to find the Cold War era tank and decided to take it home and began driving it for fun round a nearby field.

Once wind of their antics became known, they found that they weren’t the only ones who liked driving tanks and more and more people began asking if they could try it. It was from then that their business flourished.

The school now has 13 fully functioning tanks and is located about an hour out of Berlin, so they attract thousands of visitors every year. The school is also popular with businesses for corporate outings, as well as stag weekends, celebrations and birthdays. 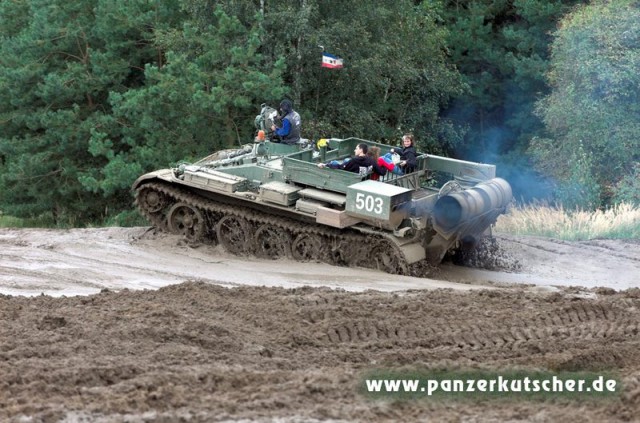 The school offers various options from a 30 minute drive for 145 Euros to crushing a car with the tank for 260 Euros. They say tank driving is the ideal way to relieve stress and forget about the worries of everyday life, by doing something completely different and crazy.

Since the Heyse School was established many other tank schools have popped up across Germany. Most Germans don’t relate the schools to nostalgia for the country’s past military history. Heyse said that driving the tanks was an interesting and exciting experience and that they are not trying to relive the war, The Atlantic reports.

The school even promotes its ability to bring cross-sections of society together who wouldn’t usually connect, from children to old age pensioners, peaceful types and military historians.

Heyse reiterated that none of their tanks are fitted with guns.

One researcher suggested that tank driving is probably popular with German people because they have an inherent interest in engineering, machines and anything technical. In addition he said that German men do have a penchant for demonstrating strength and power, which the tank provides. However, he added that liking and driving tanks is exactly like being interested in vintage cars and is harmless.

You can read more on the Panzer Kutscher website