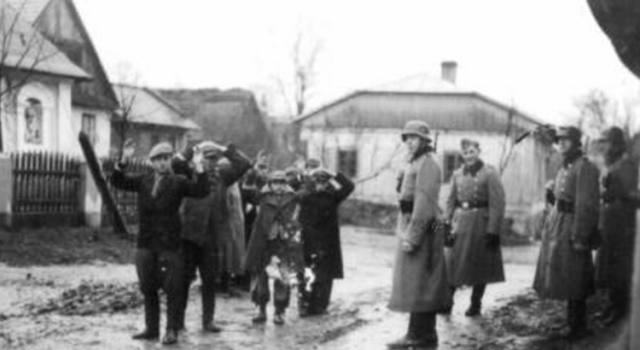 If a person is killed in wartime, the one thing that helps his or her family members deal with the grief is knowledge. Knowing the circumstances surrounding the death helps, as does the recovery of personal effects – those everyday items that in years to come will give comfort, and perhaps bring back memories of happier times.

The sheer scale of the Second World War meant that troops were in action in many different locations, and keeping accurate records of those who were killed or missing in action was at times an administrative nightmare.

By 1943, it was obvious that something had to be done, and the headquarters of the Supreme Allied Command asked the Red Cross organisation to set up a central registration and tracking system for missing persons.

The Central Tracing Bureau, as it was first called, was based in London in 1944, but was later moved to Versailles and finally, to Bad Arolsen in Germany. In 1947, the organisation became The International Tracing Bureau, and each year it still processes around 10,000 missing person inquiries from all over the world.

One of the bureau’s successes came to light recently when a letter from a Dutch resistance fighter finally reached its destination after seventy-two years.

In 1944, Peter Will wrote to his family after being captured by the Nazis in Nijmegen in December 1943. Peter was a Dutch resistance fighter who helped downed Allied airmen to escape from Nazi-occupied Holland, he used to hide the men in the slaughterhouse where he worked, but he had been caught, and was about to be transported to a German Concentration camp.

Perhaps fearing the worst, he wrote what would be his last letter to his wife and his six sons. Peter died in the camp, just before the end of the war.

Peter’s family received his Bible, his wedding ring and fountain pen in 1949, but that was all.

Over the years, Peter’s sons had compiled as much information about him as they could, and recently a family friend who was searching the International Tracing Bureau’s archives spotted a wallet containing photographs of Peter’s young sons. It also contained the letter that Peter had written all those years ago.

After his death, Peter’s wallet and the letter it contained had been mistakenly connected with another dead prisoner. Delighted to have their father’s last letter at last, his sons have decided that its contents shall remain private.