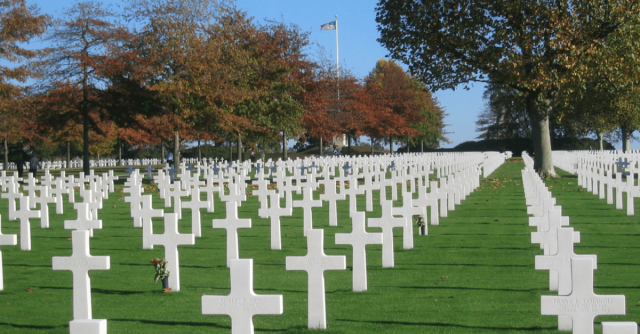 Just like every year since the fall of Berlin in 1945, people gathered in Netherlands to pay respects to those who gave lives for their safety and freedom. American Cemetery in Margraten has filled with scores of people and piles of roses by the descendants of those who were liberated by the American soldiers 70 years ago. The strange and heart warming fact about the cemetery is that each of the American grave is adopted by a local family in the Netherlands as their own. These include Dutch, Belgian and even German families as well. There is a waiting list of many candidates who want to adopt a grave, if a vacancy arises for some reason.

In a memorial ceremony more than 6,000 pilgrims swarmed the 65-acres burial ground, a few miles from German border. These people include the descendants of the American liberators, who traveled from all over United States to take part in the ceremony. They made the trip to pay tributes to their parents and grandparents who resisted Nazis and died in the course. Another aim of the arrival of these American descendants was to thank those families who adopted the grave of American soldiers, and has been tending the graves for seven decades.

The liberation of the Margraten took place in 1944 and was made possible due to the efforts and sacrifices made by US 30th infantry Division. After the conflict ended US authorities officially requested for a patch of land to bury their dead ones. In a gesture of generosity and gratitude, Dutch authorities donated the land and a US cemetery was established on 10th November 1944. 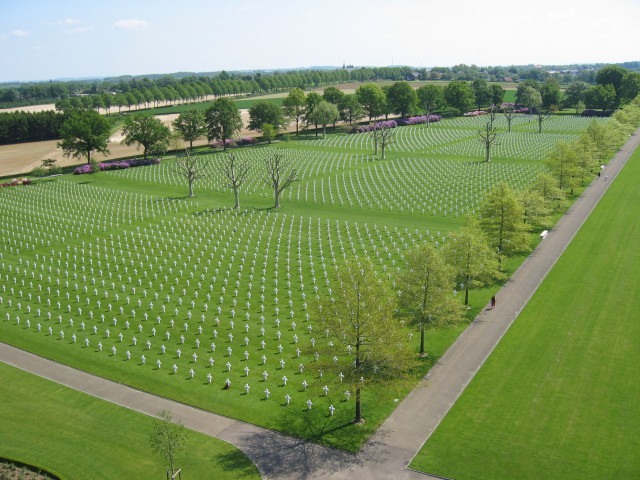 The decision of a permanent cemetery of US soldiers came shortly after the war. The task of establishing the cemetery was entrusted to 603rd Grave Registration Company. In the first leg of the mission the company retrieved the bodies of all the Americans and other national from battlefields. This in itself was a huge task since there were a large number of sites with an even larger number of buried soldiers across Netherland.

A total of 17,742 Americans were initially buried in the Margraten, Netherlands. Later the families of dead Americans were given the choice to reinter their loved ones back in the US. This resulted in 10,000 remains to be transferred to various cemeteries in US, while some 8,000 graves remained in Dutch town, The Washington Post reports.

The current Margraten Cemetery is the design of some renowned architects including Shepley, Bulfinch, Richardson and Abbot from Boston, Massachusetts.