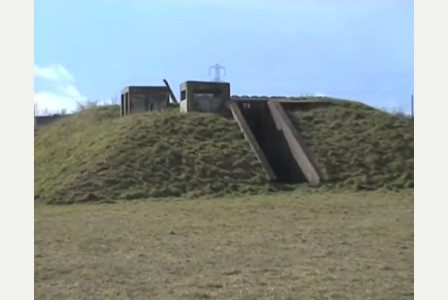 A secret Cold War bunker in Medway in the English southern county of Kent has been re-opened after being abandoned for years.

The bunker was built in the 1980s by the region’s water company, Southern Water, which built three underground emergency centres in order for them to be able to control Britain’s water supply in the event of a nuclear bomb attack.

Today it is one of the most impressive Cold War bunker relics and is located near the town of Gillingham. It was the ideal location since it was right next to the water company’s buildings in Kent, as well as in the other southern counties of Sussex and Hampshire.

It would be vital that in the event of a nuclear bomb attack that safe drinking water could continue to be supplied to the country and its survivors.

Even though the bunker was built by Southern Water it was actually never fitted out with the necessary equipment and technology to ensure the water supply could be kept running. As history has already written, no nuclear attack occurred and quickly after it was built the Soviet thread diminished and the bunker was never used.

Underground facilities were built throughout the UK during the years of the Cold War. While the détente existed between the US and the Soviet Union, Britain was situated slap bang in the middle and the ideal target for a Soviet attack being America’s biggest ally.

The boom period began when the Soviet Union started to test its nuclear weapons in 1949, just four years after World War Two had come to an end. The Cuban Missile Crisis in 1962 also saw a spike of underground facilities being built in the face of an impending attack, the Maidstone and Medway News reports.

One of the biggest bunkers built in the UK was near Corsham, Wiltshire, where it is thought that important government leaders and members of the royal family would be given a safe haven. It is said to sprawl over 32 acres and have space for around 6000 people.