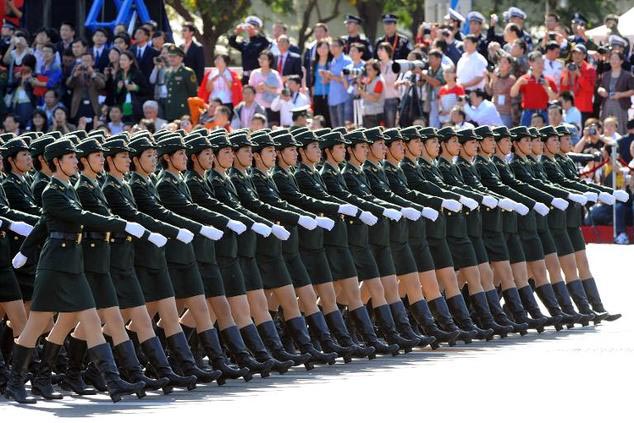 China has this week held a huge military parade to commemorate the country’s victory over Japan during World War Two.

The parade was held in Beijing and showcased China’s military on a massive scale never before seen.

China’s President Xi Jinping gave a speech and said that it was the Chinese people who fought against and gained victory over Japan. During his speech he announced that the military would be cutting a further 300,000 jobs over the next two years.

Even though China’s army is decreasing its troop numbers it is gaining in military power and many other countries are keeping an eye on the countries next move.

China has had disputes within the region recently, particularly with Japan and some of its neighbours, as well as deploying ships near to the coast of Alaska, which has never been seen before.

China’s army is known as the People’s liberation Army and is the biggest in the world. It has over two million troops and personnel, and is allocated the largest budget of any army aside from America.

Over 30 officials from foreign governments attended the parade, along with President Vladimir Putin who was guest of honour, and head of the UN, Ban Ki-moon.

Most leaders from the West, along with Japan’s prime minister did not attend, the BBC News reports.

More than 10,000 troops took part in the parade, along with 200 aircraft, tanks, missiles, and other military equipment and vehicles. It was a true show of power to the rest of the world, as well as its own people, since much of the military weaponry had never been shown to the Chinese general public before.

In China, the President is also the head of the army. He played host to Mr Putin and conducted a full inspection of the troops.

China tried to reiterate that the message of the parade was not of force but of peace.  Many people in China think that their role during World War Two was and still is overlooked by the rest of the world. But many have criticised the huge military display as counter-productive to peace efforts.

In his speech, President Xi said that China remains committed to peace and does not plan to seek expansion over other countries overseas.