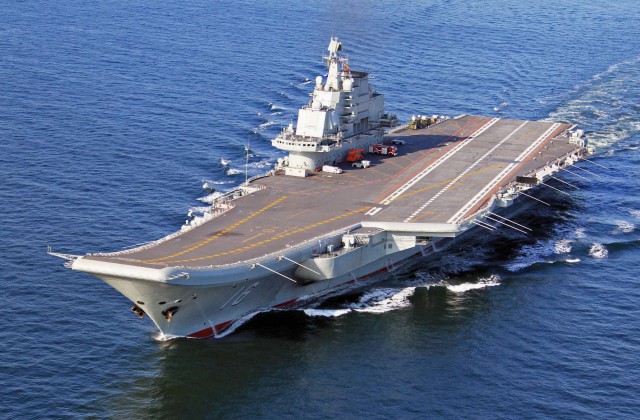 China’s Defense Ministry has confirmed that it is building a second aircraft carrier after rumors became widespread about the project.

The ship is being built at Dalian in north China, on the Liaodong Peninsula. The ministry said that once finished it will be able to hold the Chinese-made J-15 fighter jets.  He also stated that it’s being built using only domestic technology and manufacturing.

China keeps its military programs under top secret security, and there was no further information available about the carrier’s expected commissioning date.  It already has one aircraft carrier known as the ‘Liaoning’ which was finished and commissioned in 2012. That ship had been built using a hull bought from the Ukraine.

Colonel Yang Yujun is the official spokesperson for the project. He said that the carrier will be able to carry around 50,000 tons.

In recent years, China has been expanding its naval capabilities, yet has tried to keep its second aircraft carrier a secret until now. This is to allay concerns of western powers about China’s military intentions in the Asia-Pacific region.

Since World War Two ended, the US Navy has claimed naval dominance in the region, but the US Government does already expect that China will continue to increase its naval fleet with more aircraft carriers being built over the coming years.

It is thought that the second ship will mirror much of China’s first carrier, but will also feature a ski-jump take-off platform.  Colonel Yang stresses that China believes it is its duty to protect its coastline and nearby waters.

Over the last few months, sources close to China have leaked images and stories about the second aircraft carrier, only now to be confirmed.  Experts believe that increasing tensions in the South China Sea have prompted China to expand its naval fleet. That area of the world’s oceans is also thought to have large reserves of oil and gas.