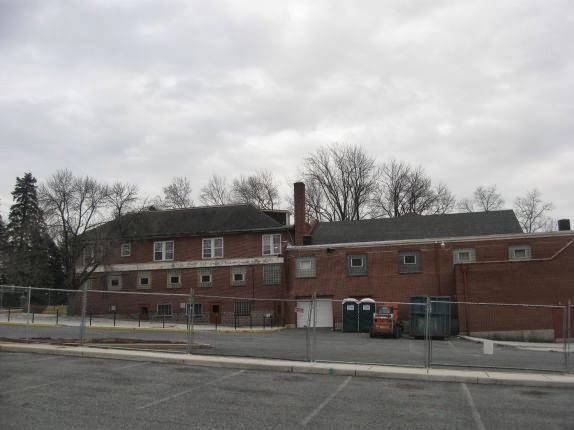 There are preparations underway for C.E. Williams. A contractor for the non-profit group, Gettysburg Foundation, to rip out the asphalt parking lot, regrade the area to its original historic profile and plant meadow grass. The project is expected to begin in February and it is believed that it will take about two to three months to complete—weather permitting. Once the landscaping project is complete, volunteers will build a fence on the site that mimics fencing found during that era. The volunteer project will be built on the site during the Gettysburg Foundation’s Friends of Gettysburg annual volunteer day in June.

The officials for the park do not believe that by removing the parking lot at the Visitor Center will have an effect on the ability for visitors to find parking as the Visitor Center is generally closed. The restoration of the parking lot is part of bigger plan to reconstruct the Union battle line on North Cemetery Ridge to how it looked at the time of the battle. This plan was collaborated upon between the Gettysburg National Military Park and the Gettysburg Foundation. Some phases of the project have been completed already. These include the demolition of the old visitors center in 2009, 41 apple trees were planted in 2010 to reestablish the Frey orchard in the north, and then there was the demolition of the Cyclorama building in 2013.

“These rehabilitation projects allow us to place more and more puzzle pieces together on the battlefield,” said Zach Bolitho, acting superintendent of the park, in a news release. “They improve integrity of the battlefield landscapes and improve our visitors’ understating of what happened at Gettysburg and why it’s so important.”

The Gettysburg Foundation is using donor contributions which adds up to approximately $400,000 just for this phase alone. The money goes toward general contracting, construction management and design costs. The Gettysburg National Military Park will keep the south parking lot, which was once known as the Cyclorama parking lot. Visitors will be able to access the park from this location. There will be some changes made to this parking lot in future plans in the project. There are additional stages planned for the rehabilitation of Cemetery Ridge. These plans include the reconstruction of the commemorative era pathway and relocating five monuments—the Fifth U.S. Artillery Battery F tablet, the 90th Pa. Infantry monument, the 88th Pa. Infantry monument, the First Mass. Sharpshooters position marker and the 12th Mass. Infantry monument—to their historical locations.

These features have been altered because of the construction of the Cyclorama building during the early 1960s.

The park also plans on recreating Ziegler’s Ravine and plant some more trees in Ziegler’s Grove.