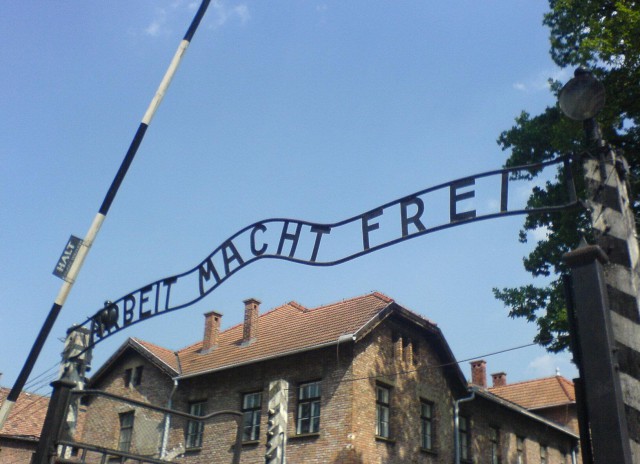 Two schoolboys from the UK have been arrested in Poland after they were caught stealing objects from the Auschwitz concentration camp grounds.

The two boys have been freed, but have been given a suspended sentence and received a fine for their actions. It is believed that they were caught digging objects out of the ground area where the Nazis would keep the belongings of incoming Jewish prisoners.

The boys were found to have the small objects they found on their person including hair clips, cutlery, buttons and glass.

The boys were on a school trip with the Perse School from Cambridge in the UK. They were being taken on a tour of Auschwitz when they came away from their main tour group and security personnel found them picking up objects from a grass area within the camp grounds. The boys were apprehended and searched for the objects that were found on their persons.

It is against Polish law to meddle with or remove any items from the camp grounds. Both boys pleaded guilty to the charge. According to Polish laws, the boys could have been imprisoned for up to 10 years in jail. The names of the boys and details of their sentence and fines have not been disclosed according to Polish legal restrictions. Both are 17 years old.

The school gave a public statement and said that the boys picked up the objects without thinking about their importance or any repercussions. It says that the boys, who now realise and understand the situation, have apologised and have expressed regret for what they had done.

The warehouse was set on fire and destroyed when the Soviet Army neared the camp to liberate it at the end of World War Two. Many of the belongings that were stored in the warehouse still remain littered in the ground where the warehouse once stood. It is some of the last physical remains of the millions of people who arrived and were killed at the camp. The site has therefore been declared as a cemetery and remains untouched, The Telegraph reports.

The boys could face a prison sentence if they are found guilty, but the Polish authorities have tended to avoid withholding those who are found to be stealing from the camp. One exception was a Swedish man who planned to steal the ‘Arbeit Macht Frei’ sign which stands at the entrance of the camp. He was jailed for three years.