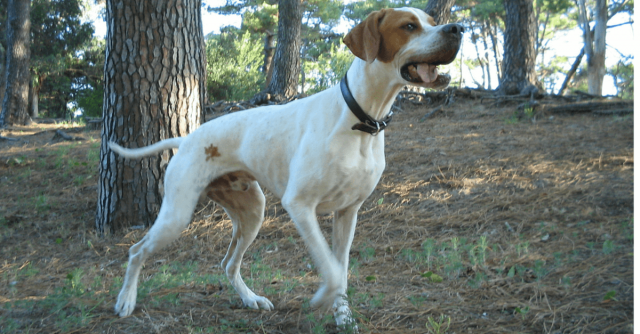 Animals were widely used during World War Two and the story of Judy the English pointer dog who was used to help save British prisoners of war has been discovered.

British prisoners of war captured by the Japanese were kept in terrible conditions, with sleep deprivation and often left to starve. They were also forced into manual labour to support the Japanese war effort. Disease was widespread among the prisoners and there was little or no medical help. This is not to mention the torture and beatings which the Japanese officers inflicted on the men.

In 1942, Judy had been taken prisoner along with hundreds of other British servicemen by the Japanese and held at a camp in Sumatra.She is the only known dog to have been taken as a prisoner of war during World War Two.

At one of the worst camps, Gloegoer, a PoW called Frank Williams had been taken prisoner. Frank was a Royal Air Force pilot who had been captured when the Japanese invaded Singapore. Judy was at the same camp. She had been aboard a British gunboat as the crew’s mascot, but when the crew were captured by the Japanese they took her with them.

Frank noticed Judy when he realised that no one single soldier was caring for her. She was often attacked by the Japanese guardsmen and was left to forage for herself in the jungle at night to find food. So Frank started helping her out and caring for her.

It started when he shared his portion of watery rice with her and ended up giving her the whole thing.

Prisoners who served at the same camp remember Judy and Frank and how they became inseparable. They were both stick thin and half-starved but they stuck together. If Judy was ever under threat of being hit or attack by the guards, Frank would click his fingers and she’d run off into the jungle to escape. Later when it was safe for her to come back, Frank would sound a low whistle and she’d come running, The Telegraph reports.

Two years later, in 1944, the PoWs were taken back to Singapore. Frank took Judy with him, hiding her in a rice sack. Unfortunately their ship was attacked by Allies, who had no idea that the cargo was in fact their own men. Frank shoved Judy out through a port hole and told her to swim, he followed as they tried to escape.

The prisoners and Judy were all taken back to Sumatra and kept prisoner for another three years before being liberated. Frank and Judy both received awards for their bravery. Judy lived with Frank for the rest of her life.