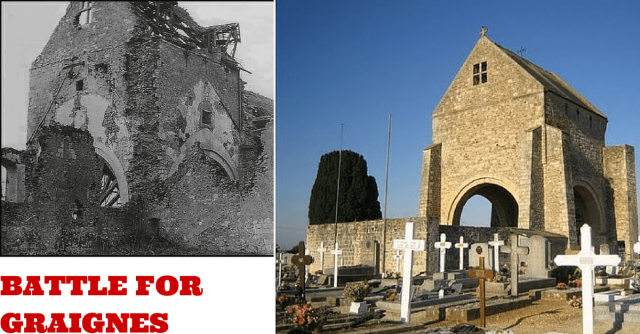 An Australian Pilot has been honoured for his bravery during World War Two when he, after being shot down, voluntarily took part in the Battle for Graignes.

The Australian soldier, Flight Sergeant Stanley Black was reported as killed in action during the D-Day operation and his family believed that he had died when his plane was shot down by enemy fire over France.

Now 70 years later, details of what happened to Stanley have emerged. Stanley actually survived the plane crash. He made it away from the plane wreck and was taken in by a local French family who hid him in their home over night.

The next day the family dropped him off at a nearby village of Graignes, where he met up with 182 US paratroopers of the 507th Parachute Infantry Regiment (temporary attached) of the 82nd Airborne who had missed their dropzone and were dropped miles behind enemy lines.

With the help of the local population the village was prepared for defense. They only had a few days of reprieve until German troops from the 17th SS Panzergrenadier division attacked the village. The allied soldiers held them off during the first attack, but when the Germans launched a second attack with over 2000 men the soldiers couldn’t hold the SS troops off any longer.

The SS men massacred 44 civilians and executed soldiers that had taken prisoner, it is believed that Stanley was one of those executed by the Nazis or was killed during the attack. The SS then proceeded to burn the village down to the ground. It is thought that the defense of Graignes delayed the Germans long enough so that the 101st Airborne could capture Carentan before the 17th SS soldiers could reinforce them.

At the time Stanley was 21 years old, and the village of Graignes have never forgotten the troops that tried to free them from the Germans.  A plaque has been laid in the centre of the town with the names of all the Allied troops who took part in the battle, but one name missing was Stanley’s.

Stanley was commemorated this week with a service at the Australian War Memorial in Canberra.